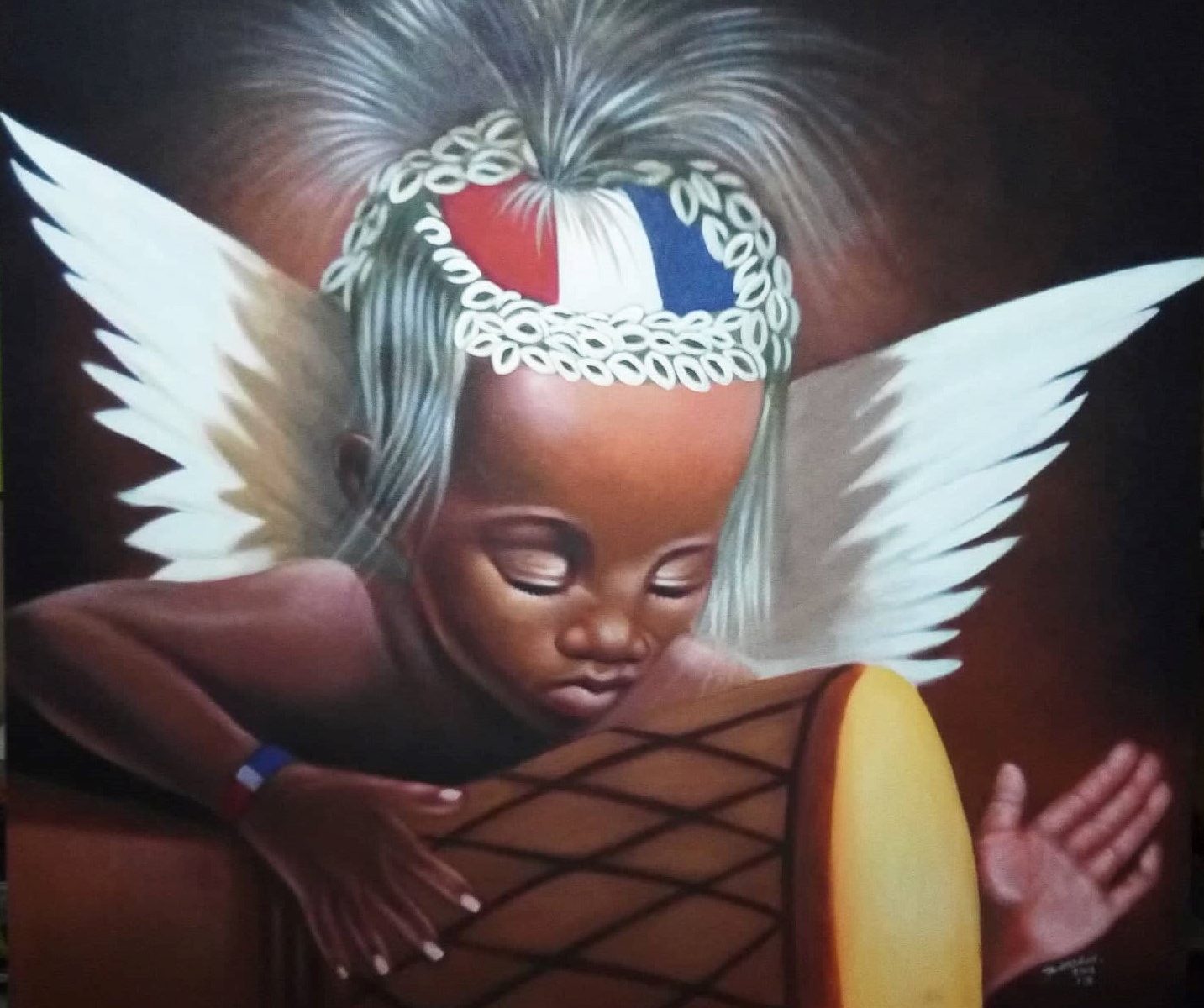 Kreevious is from Kakata, Liberia commonly known as “Kak City”. The capital city is easily identifiable by the hills and the large silver and yellow stones that lay along the outer edge of the roads. Kak City is a transit town that has played a significant part of the rubber cultivation and global distribution, and home to rubber plantations. During the summer or what locals call the dry season, the village exposes its Grand Canyon like valleys and wide rims that overlook the area.  Sadly, unlike the Grand Canyon, these rocks were crushed by man and hand dug by people in and around the community for daily income — hired in search of fine and coarse construction aggregate. During the winter or rainy season, the mountainous area becomes a marvel. The valleys fill up with water to make rivers or small lakes that attract fisherman, as a result waterfalls form which cascades the mountainside creating a majestic natural beauty.

Inspired by the culture and traditions his country bares, Kreevious looks to his art as a way to inform and educate.   In addition to being an experienced visual artist and illustrator, Kreevious is a also a mentor and art teacher. Through this experience it has provided him with a more enriching depth to his style and technique when being applied to his art.  Academically trained as a civil engineer, Kreevious hasn’t followed the traditional path as most artists. Nonetheless, he delivers a very unique approach towards his art that has yielded numerous awards and works that are highly sought after.

In his own words: “As an artist, I am responsible for educating and positively impacting my society and the world.  For example, I have a series called Sande Girl.  Prior to western influence in our school system, we managed our own schools here in Kakata.  There were two variations, the Sande Society for girls and the Poro Society for boys. I feel this series was one of my greatest works because it represented girls that wore our traditional mask which represented the culture of my country and it was shared with the rest of the world.”