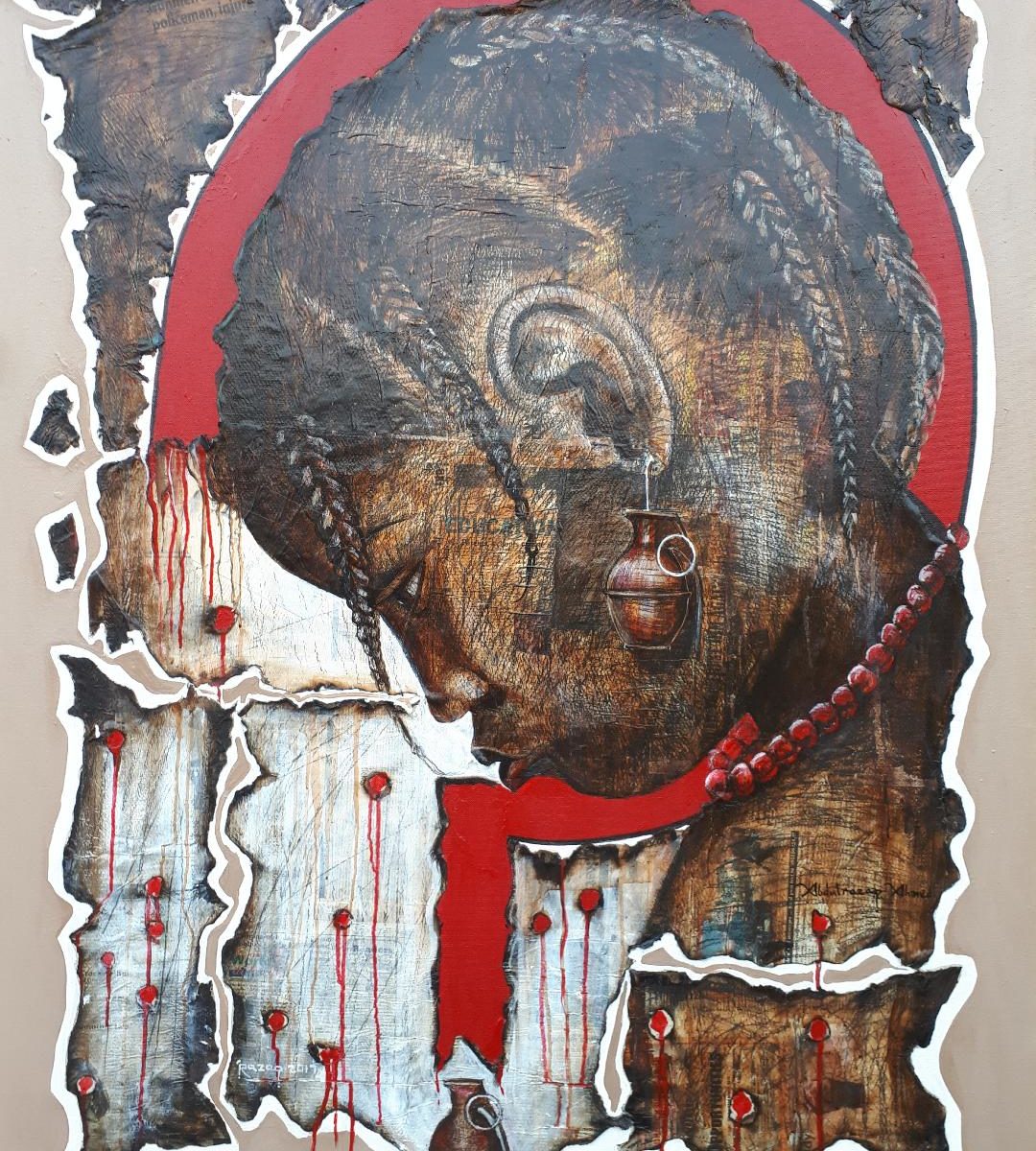 Abdulrazaq was born in the city of Lagos located in the southwest region of Nigeria and grew up in the city of Maiduguri..  Known locally as Yerwa, the city nears the border of both Chad and Cameroon by less than 100 miles. The city’s name derives from an Arabic expression meaning “quenching the thirst” due to the nearby waterways.  Once the capital of the Bornu Kingdom, the city became a military headquarters under British colonialism.  Today, the city plays a significant role in Nigeria’s agricultural and livestock trade market and is a historic Muslim pilgrimage route from Senegal to Mecca.

The mixed media artist is a self-taught expressionist whose works reflect societal catastrophes through the use of acrylic, pencil, charcoal and burnt newspaper.  A graduate in Urban and Regional Planning, he used the disciplines learned in his college studies and applied them to his works, along with the confluences of his childhood memories and art history.  Recognized for his signature style that’s a form of invitation that grants access to the lives of people living in displaced landscapes, Abdulrazaq uses the notion of tragedy as a way to reconstruct.

In his own words: “I was born in Nigeria.  My home is revered for many great things.  Regrettably, we received the dark cloud as incidentally being the birthplace of the Boko Haram insurgency in 2009. I look to move and remove this cloud that has hovered for far too long.  I have a precocious interest in all forms of artistic expression.  Through the use of materials found throughout Africa, I look to awaken the spirit of peace that has been occupied with destruction and violence.”

Be the first to review “Abdulrazaq Ahmed” Cancel reply