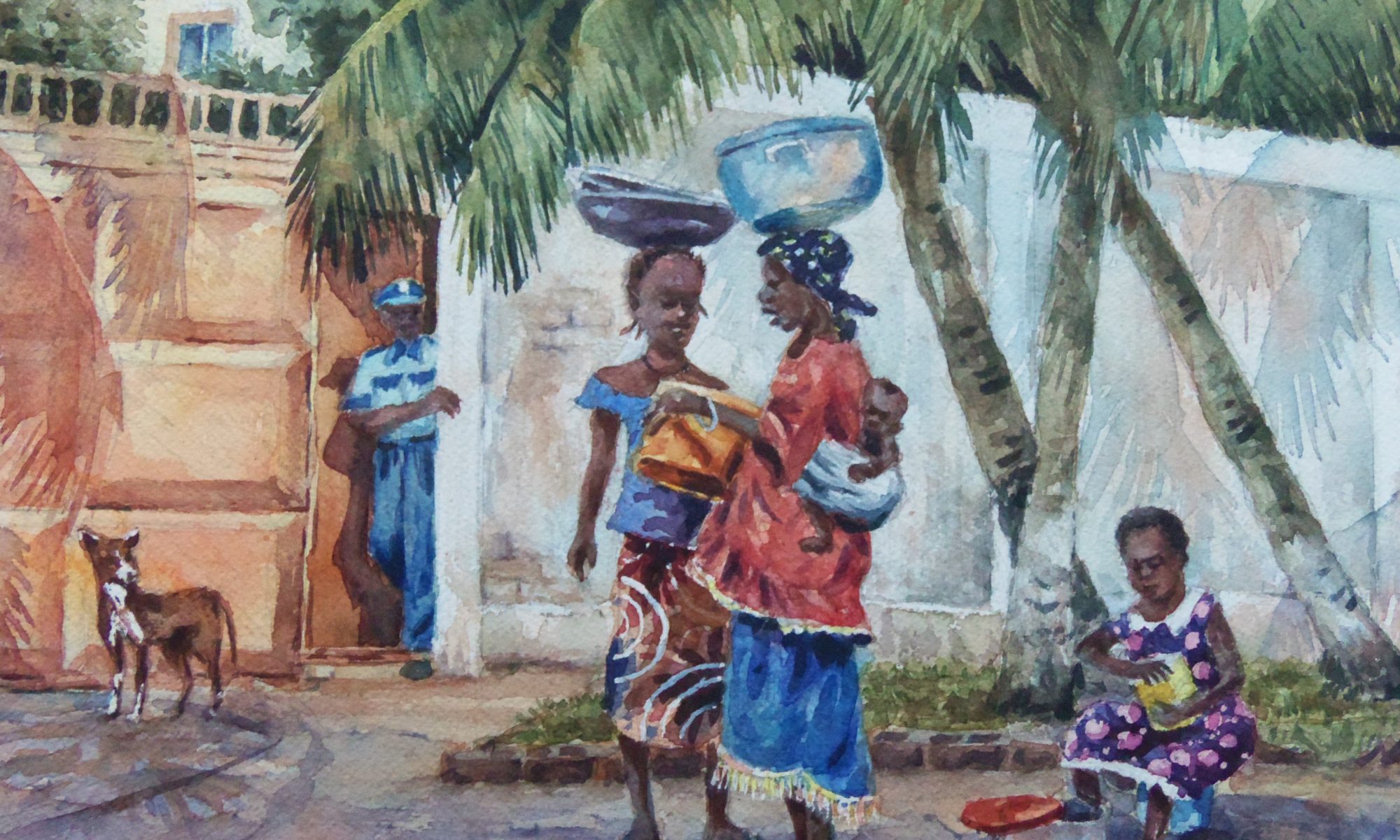 Leslie is from the town of Damballa located in Grand Cape Mount county of Western Liberia. The area is also known as Cape du Mont, which derived from Portuguese explorers and early settlers about 30 years before Columbus laid claim to discovering America.  The diamond rich and natural resource area once referred to as the Gold Coast is also full of communal life.  Through culture, farming, and fishing it can noticeably be seen that there is an interdependency shared among the residents and visitors of Damballa — A utopia of sorts that encapsulates social standards for all.

Inspired by many things, Leslie’s biggest inspiration comes from the people of his community.  Specifically, the way they live and the simplicity in tasks that go unnoticed.  With grace, he captures this level of intimacy through his artistry and sees his art as an extension of himself.  He tirelessly works to develop and grow the visual arts in Liberia.  Leslie is successfully achieving this goal through his involvement in establishing art programs in local schools around the capital city Monrovia.

In his own words: “I try to communicate through my work the very essence of humans from the perspective that is normally overlooked.  In Liberia, water has been scarce for decades, the men and women that fetch water in plastic gallons are never noticed by people until they are needed.  This example is one I look to capture that allows others to see the valuable contributions these individuals make to our society. As an artist I see my responsibility as one to bring about positive social change in my community, country and hopefully the world through my creativity.”

Be the first to review “Leslie Lumeh” Cancel reply