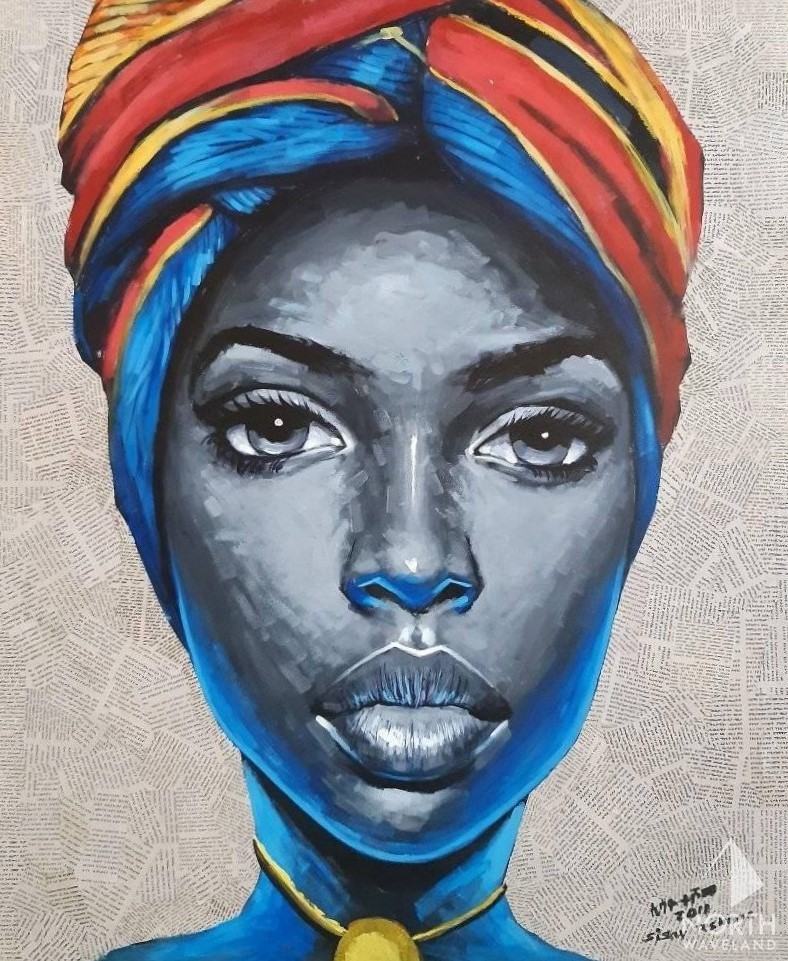 Sisay Teshome is from the city of Debre Sina, Ethiopia.  A popular city recognized for its fascinating natural landscapes and as a mountainous region.  The city is home to the Tarmaber cave or pass which was created during the Ethio-Italian war.  Along the areas of the pass you may regularly see baboons and lions. Debre Sina is also known for its production of fruit, sugar cane, and barley.  A region with an abundance of nature, wildlife, caves, and culture.

Sisay is a young talented artist who perfected his craft while studying fine arts in pursuit of his advanced degree.   Artistically, he has catapulted himself into the art world and has been a steady part of the discourse surrounding dialogue in contemporary art.   Having exhibited within Ethiopia and throughout Africa, he continues to make strides to further his signature style and inspire up and coming artists.

In his own words: “My inspiration comes from many sources.  One area that’s a constant source of inspiration is the time I spent in college experimenting with different techniques and exploring the various sides of my creativity.  While working with the human anatomy, it helped me to tap into a deeper connection of my subjects.  Perspectives like feelings, expressions, and emotions all felt like a storyboard that I had to create. I became a part of the story just as much as those that were at the center of the portrait. I felt that it was my responsibility to express these emotions in a way that connected with people and tell the stories that contributed to these emotions.”

Be the first to review “Sisay Teshome” Cancel reply