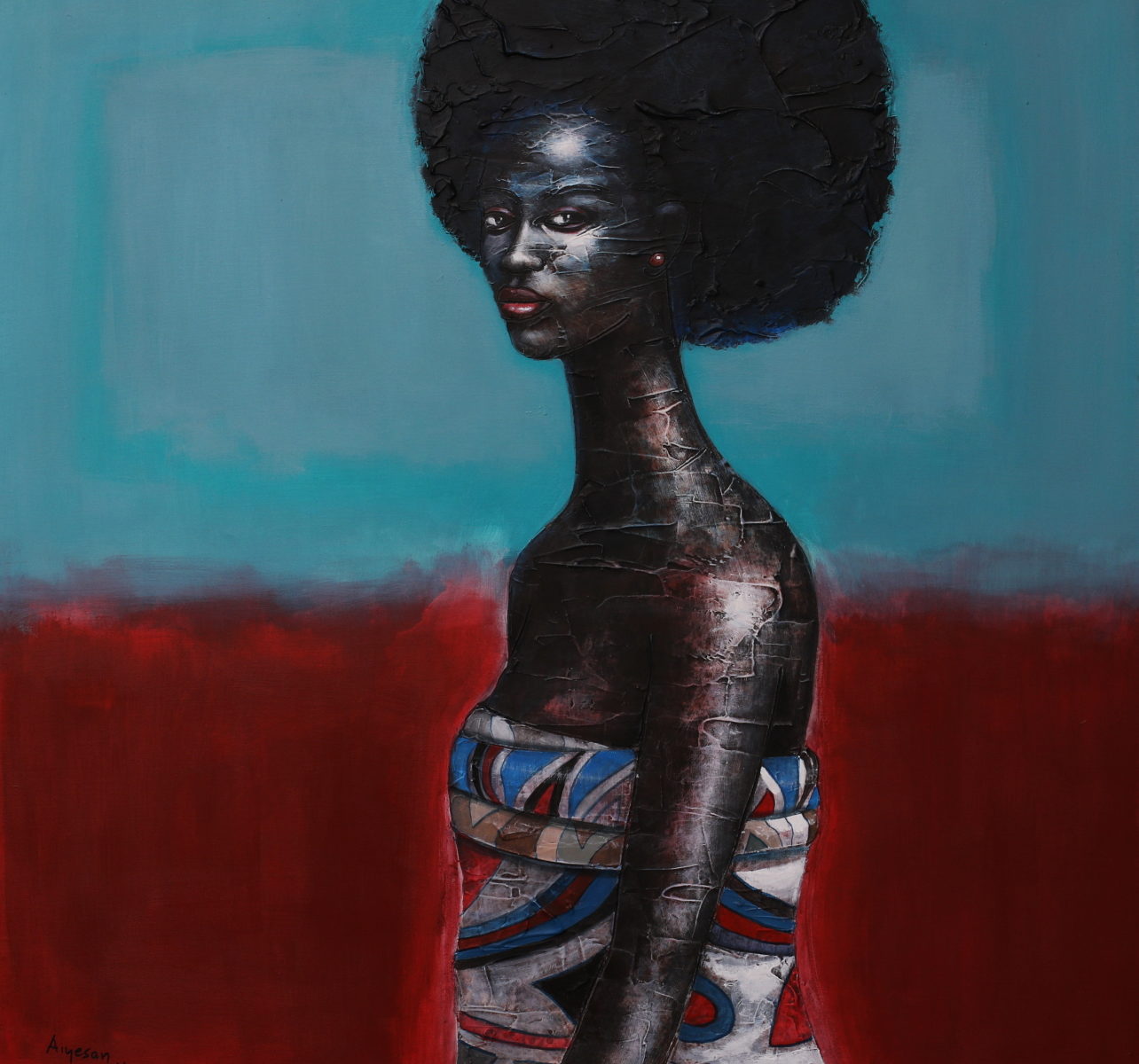 Segun is from the capital city of Port Harcourt in the Rivers State of Nigeria, located along the Niger Delta. An area recognized for its dependency on natural resources like petroleum i.e. oil and gas, it is also at the center of the infamous Niger Delta Crisis where tensions arose between foreign oil corporations and the local ethnic groups. The crisis has fueled violence that has lasted decades.  Conflict aside and more positively, the city is also known for its literary festivals, music, and vibrant nightlife.

The self-taught artist relies on his spirituality, ability to be observant & experimental, as well as a liberal perspective of society and the world. Inspired by a curiosity and desire to understand the world that surrounds him, Segun has developed a point of view of the human condition that ranges from the mundane to the extraordinary with an emphasis on the meaning of life as a construct.  Influenced by the sum of his works, each artistic expression becomes a doorway to a new dimension of adventure fueled by God who provides the power and authority which allows him to recreate in the way in which he envisions.

In his own words: “Primarily, I try to communicate a moral uncolored perspective to issues concerning mankind, while baring an unbiased truth — even if it’s inconvenient. Alternatively, I look to present concepts as a narration that engenders hope.  As artists, we often reflect our personal experiences in our work and the societies we abode.  Through the projection of our portrayals, we owe posterity the obligation to be honest and factual, even if we infuse a bit of our personal idiosyncrasies.  As a reenactment, my primary aim is to be reflection of life in all its beauty and splendor.”

Be the first to review “Segun Aiyesan” Cancel reply