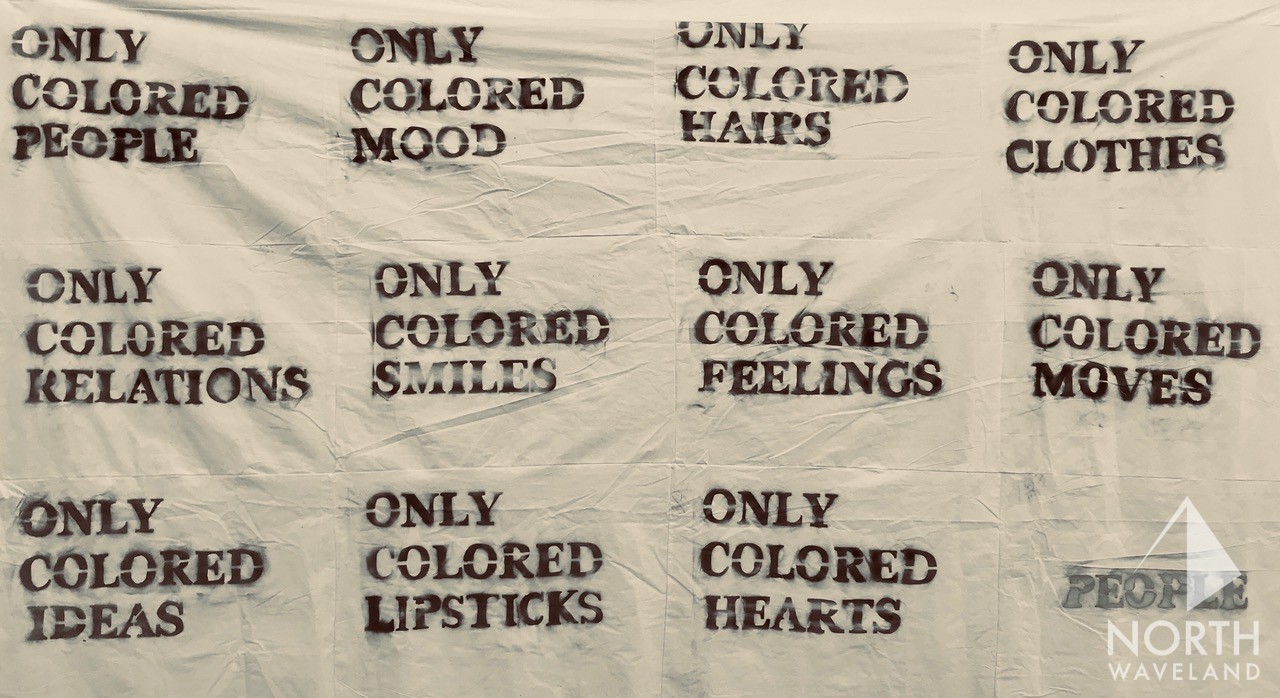 René was born in the capital city of São Tomé of the west African island São Tomé and Príncipe.   The island’s name is Portuguese for “Saint Thomas”, with a history going back as far as Columbus’ voyage to the New World.  The island is rich in history including its ties to Slavery, Agriculture (sugar cane), The Kingdom of Kongo, and conquests between the Portuguese and the Dutch.   Recognized for its world-class crystal-clear beaches and coastal retreats, the cultural back drop was the perfect inspiration for René.  Trained in Dakar, Senegal and Rennes, France in the disciplines of pictorial paintings, drawing, and art history.  As a student at the world-famous School of Fine Arts in Rennes, France he expanded his skill-set to include photography.  In 2010, René earned a Master of Science in Art and Heritage while studying in Lisbon, Portugal.

The Work:  Translated by features, lines and spots, along with a personal synthesis of his own identity, the work is always in process (“unfinished”) and juxtaposed between past references and the present. He is interested in deepening the permeability boundaries between stories and memories, languages ​​and techniques, and share this exploratory path.  René’s is an artist who reflects throughout his work his own experience of moving or relocating among the many post-colonial contact areas. Much of his work is what the artist calls “common imagery”, a simple representation of an object or a common form inserted in a space of purely pictorial abstraction and allowing the treatment of lines as a technical drawing and as a painting technique. His references appear decontextualized, mixed and ambiguous, as in a transposition of the functioning of the memory itself.  Recently, his work has taken on a political / cultural component, through which the artist draws attention to everyday reality in Africa and specifically his country- Sao Tome and Principe. Impartially, he intervenes in the development of the socio-political state of mind, not necessarily motivated by the desire for political speech, but because politics is naturally inserted in the reality of everyday life, it then becomes consequently a part of the art.

In his own words: “My work reflects on the African diaspora and my creative process as an artist. The rhythms miscegenation that overlaps times is captured through paintings, drawings, photography, videos, and performances to help convey my ideas. By questioning borders, I express myself in order to awaken political awareness and empowerment by creating agitation.”

Be the first to review “René Tavares” Cancel reply