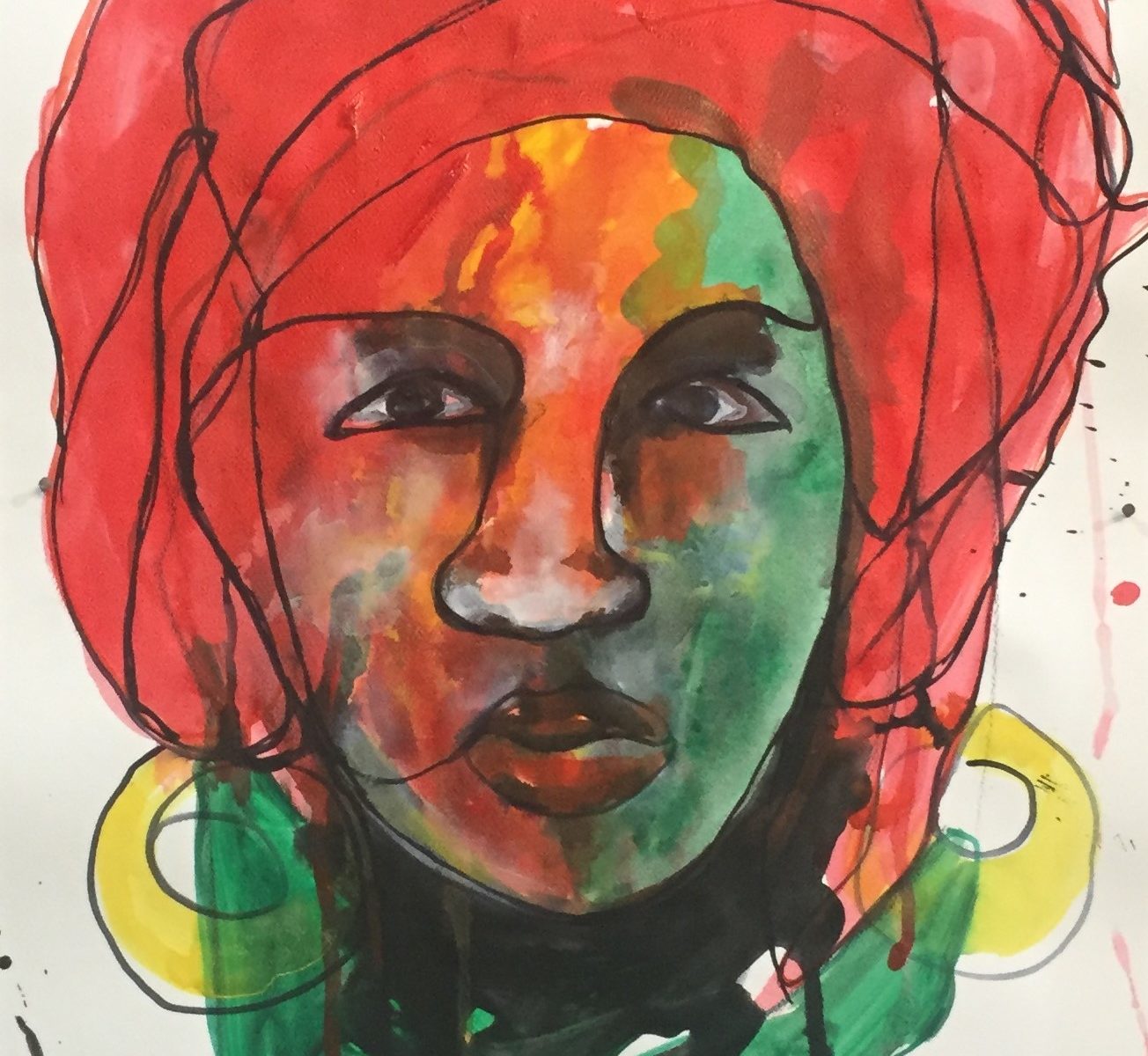 Amy is from the capital city of Nouakchott located in Mauritania.  A multicultural city found on the West Coast of Africa between Senegal, Mali, Algeria, and Morocco.  The Atlantic Ocean shoreline community is home to nearly one-third of the country’s 4.3 million people and has been the link between Maghreb (North Africa) and Sub-Saharan Africa (Black Africa).   Grand mosques, frantic fish markets, and art that represents the country’s Berber past are just a few attractions that are widely recognized in this oasis where some say the desert meets the sea.

Ambitious as it may have seemed, the self-taught visual artist pursued art despite the city and country’s lack of higher education institutions that offered Fine Arts as a part of its curriculum.  This did not stop Amy from following her dreams. Inspired by women that battle daily to be heard and fight to establish their place in the world.  She uses painting, drawing, photography and installations to fight violence against women and children.  Amy’s compassion in her works draw attention to social issues, and through her boldness and refusal to be silenced, she looks to be a catalyst for change  –regardless of what the road ahead should look like.   Today, she continues to exhibit throughout Africa and abroad.   Alternatively, she has also built up an impressive list of film credits for costume design, recognized as one of Africa’s Top Women to Follow, and founded ArtGallé which is Mauritania’s premier art gallery & exhibition space for artists in residency and artistic collaboration.

In her own words: “Art is a tool of expression that allows me to fight for change. I look to have a positive vision and outlook on life, even in times when things don’t appear to be optimistic. I see my works as a barrier between the realities of a crazy world and the possibilities of hope.”

Be the first to review “Amy Sow” Cancel reply