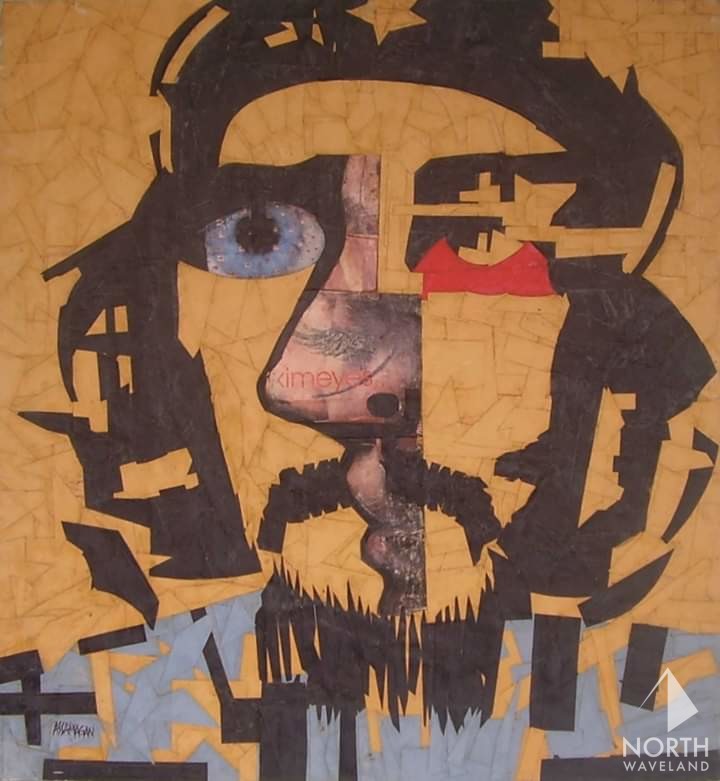 Ruben Assamagan who’s artistically known as the Real Artist ASSAMAGAN is from the capital city of Lomé, Togo.  The coastal city that adorns the Atlantic shoreline with palm trees is a melting pot of cultural majesty. Home to the Akodésséwa Fetish Market where you can find voodoo items, jewelry, masks, animal skins and skulls are just a few of the many attractions that are juxtaposed to other sites such as the Congressional Palace, the country’s National Museum, and markets that are famous for unique seafood cuisine.

Growing up, ASSAMAGAN learned to embrace his creative abilities which created a relentless drive in his professional and personal life.  This drive created innovative techniques that he displays in his works.  The developed techniques require the assembly and collage of paper – which he calls “Atoms of Papers”.  As an artist ASSAMAGAN looks to be a message bearer that awakens consciousness and builds society. Through his works he has made it his mission to mark the field of international contemporary art as a decryption facilitator of society.

In his own words: “My inspiration came from a dream in which I saw a school yard full of papers.  In a metaphorical sense, this was a strong indication of the concept of raw materials which later became a focal point of my work. Today, my work derives from that of a curious nature.  A form of science if you will that studies the origins of life, cosmology and mathematics, mythology etc.”

Be the first to review “Real Artist Assamagan” Cancel reply