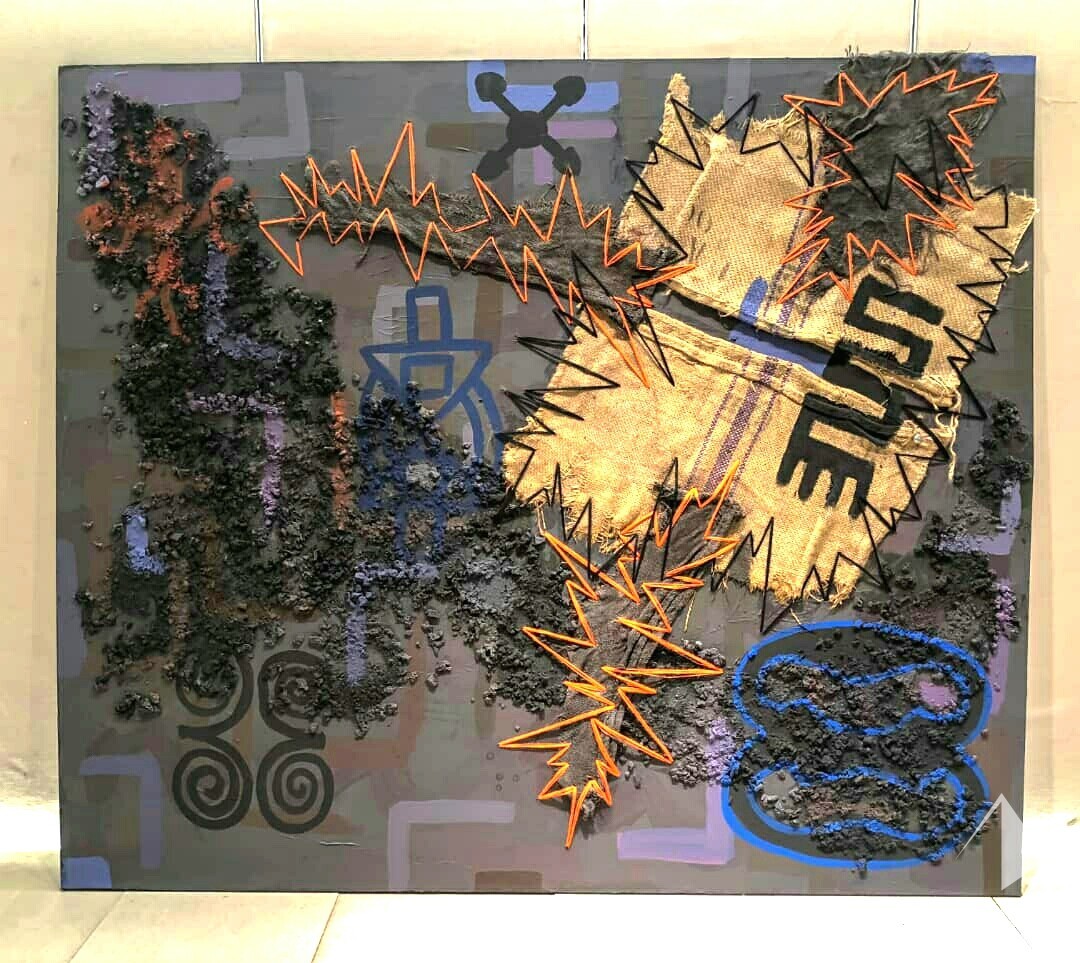 Osei Moses Seth is a young, promising artist from the city of Accra, Ghana.  Once known as the Gold Coast of Africa, Ghana is a young republic which became independent from Britain as recent as 1957.  Recognized as the first black African colony to achieve its independence, Ghana has been a beacon of hope for independence for all of Africa.  A key component tied to the efforts made by W.E. B Du Bois and others in support of the Pan-African movement. In most of Osei’s works you can find Adinkra symbols which represent the culture of the Ashanti kingdom in Ghana. The symbols are representative of African philosophies, proverbs, and a historical record of the way life was during that period and those of the past. The symbols have their own way of storytelling in art, but they also have a message which underline the message of the total artwork.

Self-taught and formally trained through and beyond University level.  Osei holds a Bachelors in Painting and teaches when he’s not in the studio.  Through his work, Osei creates an aesthetic that is beautiful bound in complexity wrapped in a depth of interpretation. Using mix media techniques, many of his works are created out of coarse jute sacks also commonly known as burlap sacks, which are outfitted with applied colors and symbols. Many of the sacks have previously been used to store corn, cocoa and other foods. Through manipulation of the material Osei expresses a very spontaneous and impulsive product.

Osei believes in the cycle of life and looks to create a link between the past, present, and future. His work explores the struggling encounters of life from a sequencing perspective: birth-adulthood-death.  Through the use of waste materials his work becomes an interpretation that gives new value and life to something at the end of its life journey. The sacks used often retain traces of their origins and exhibit signs of the road in which it traversed.

In his own words: “I’ve been drawing ever since I was three years old. I drew on everything I could draw on. Later, I was gifted a sketch book which became my most precious possession – this hobby and past time quickly became a love.  I never really saw my work from the lens of economics or providing a living. It was just something I loved to do.  When I started working with jute sacks I found that it gave me directional paths that other mediums did not provide.  This matched with the art education I gained in college – specifically learning about the psychology of colors and the effect the colors have on the viewer became an approach that was and has been at the forefront of my work.  My works represent an interpretation of my voice, inner thoughts, unseen emotion and desires.”

Be the first to review “Osei Moses Seth” Cancel reply