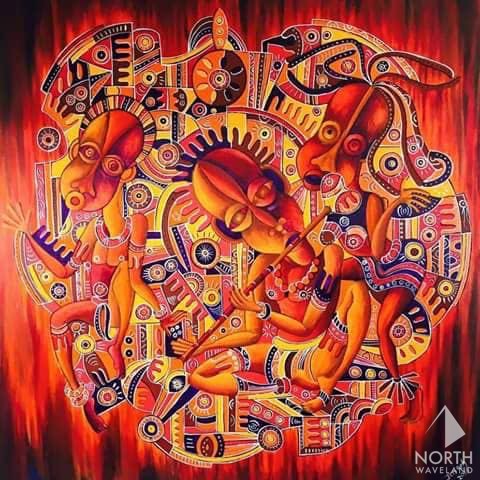 Njoyim is from Bamenda, Cameroon.  A small city located in northwestern Cameroon.  The city is also known as Abakwa and Mankon Town by the locals.  The city is recognized for its cool climate and hills that were part of the volcano that is situated here or caused by the volcanic eruptions.  The hills can be seen throughout much of the city.

During his early teens he lost both of his parents, and went to live with his grandmother.  Growing up in the village, he had many fond memories that could connect him to art.  Much of his inspiration came from his grandmother, the elders of the village, and seniors in general.

In his own words: “Art means everything to me.  It is a gift from God that I will never take for granted.  It has been my greatest passion and the only thing I find comfort in doing. It’s like the world is around me whenever I am with my arts works. It’s more than just my income earning activity.”

Be the first to review “Njoyim Joseph Ntsinda” Cancel reply