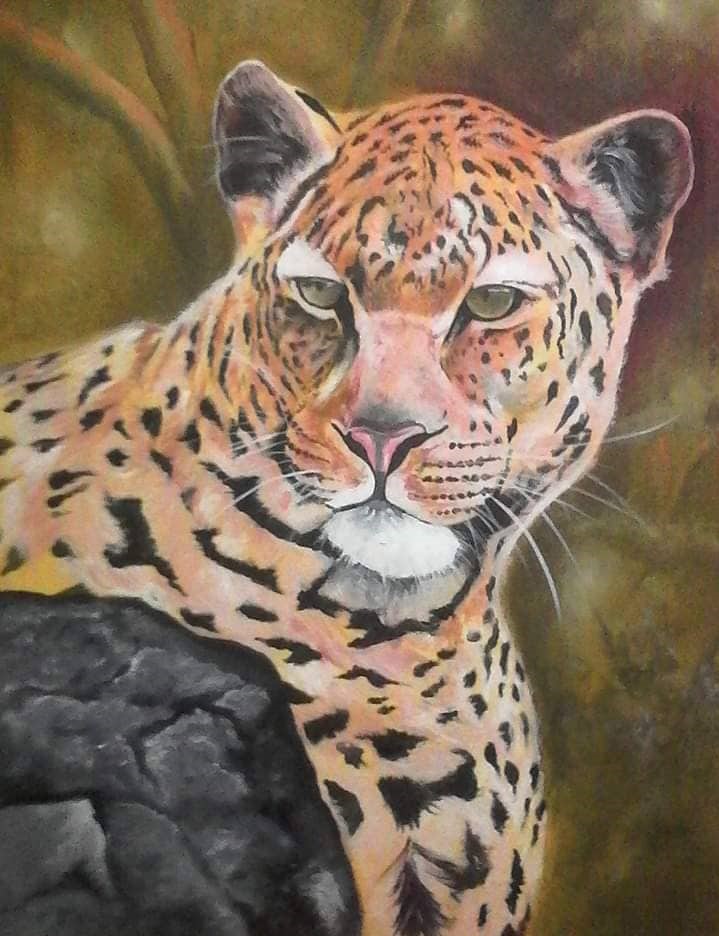 Nephat is from the coastal resort town and urban sprawl Nairobi, Kenya.  Known for its National Parks where Black Rhinos and Giraffes traverse the game reserves; Africa’s #1 destination for Safaris is also the center for wildlife conversation efforts.  Finding inspiration in the juxtaposed position of the game park’s proximity to the city — which appears to only be a few yards apart, Nephat found the area to be the ultimate location to discover and learn.

The self-taught artist found great motivation from his peers from around the world.  Many of the works during his studies he found focused on philosophical and academically in-depth subject matter.  This too was an area that Nephat included in his series, however he felt compelled to incorporate imagery that included wildlife and messaging the focused on the need to protect them and their natural habitats.  In an area where poaching, game hunting, and trophy hunting runs rampant, Nephat looks to be the artistic voice of change.

In his own words:  “I see it as my responsibility to communicate and create the beauty that many may no longer see.  It’s a constant reminder to the world that there’s a need to protect the planet.  Other than my kids, my artwork means everything to me and sometimes takes over me.  I see it as my other family.   It’s hard to separate with my works when they are up for sale, but eventually  succumb because of the thought that my works may be needed by others more than me or given the subject matter it can the message of need that can be spread to the masses.”