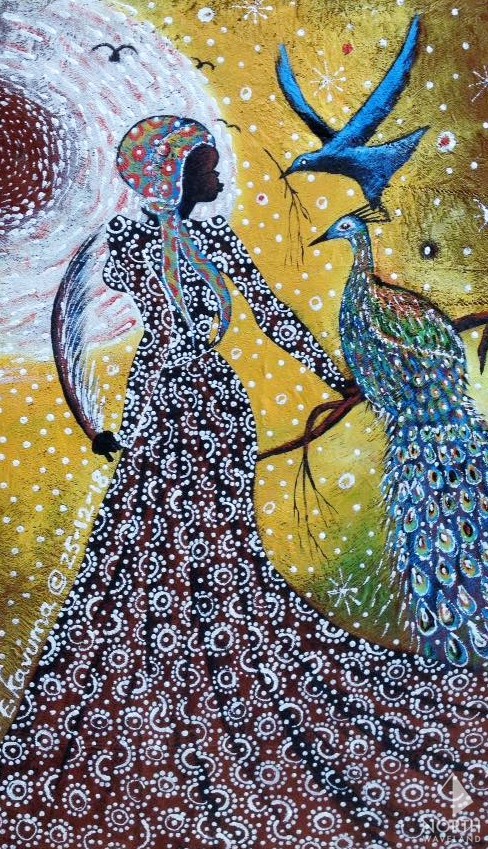 Emmanuel  artistically known as Emma is self-taught visual artist born in the countryside of Masaka, Uganda. A town just west of Africa’s great lake — Lake Victoria.  The lake was named after the Queen of the United Kingdom, Queen Victoria by British explorers. Sitting nearly at the equator, the town was nearly destroyed do to war. The district has a rich cultural heritage and is made up of about 40 ethnic groups.

Life in war torn Uganda wasn’t easy. Emma looked to odd-jobs to make ends meet.  Ultimately, he found steady work in construction.  Through the construction jobs he received, it gave him an opportunity to explore street art.  While exhibiting his street art, he was discovered by a touring group who were visiting the Royal grounds and Palace of Uganda.  After partnering with the group, he began exhibiting his works throughout the country.

Since the death of his parents when he was four years old, art has provided both an outlet and income stream. Today, Emma is a father of two and has built a self-sustaining business that has afforded him the opportunity to not only see the world but share his love for the arts with all.

Be the first to review “Emmanuel Kavuma” Cancel reply