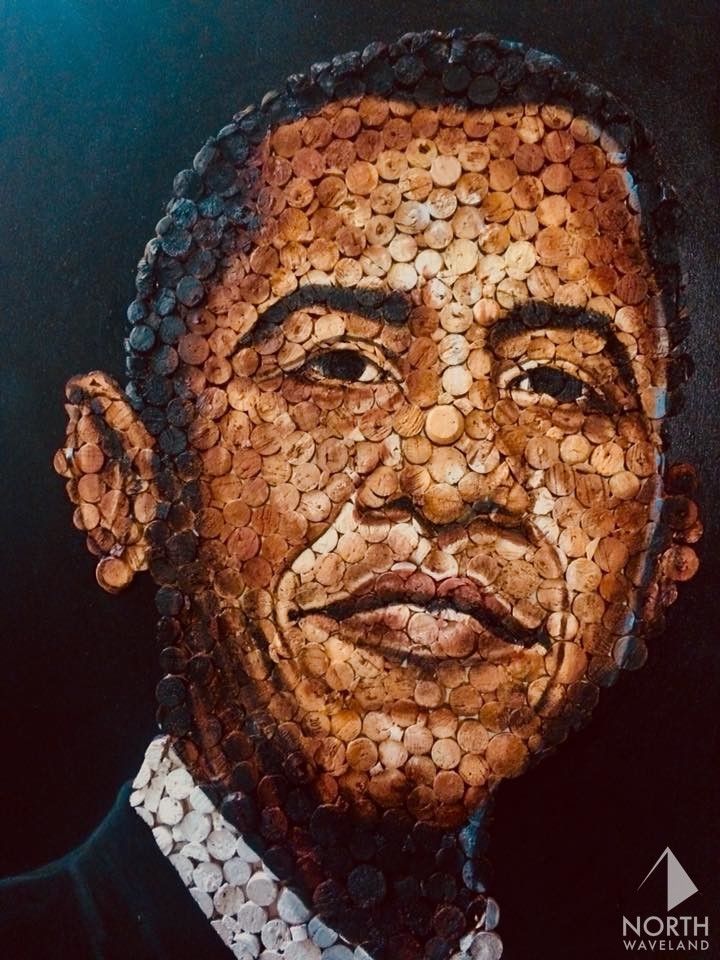 Musah was born in the densely populated town of Nima, and now lives and works as a full-time artist in the urban sprawl of Accra, Ghana. Nima although it is in one of the most impoverished areas in Accra it is wildly recognized for its famous market – The Nima Market.  The commercial hub has an intense energy which at times appear to be limitless. Nima also has a large Muslim community, however, it has become known as a place where people of different faiths live together harmoniously.

Growing up in Nima and now in Accura, much of Musah’s inspiration has come from his surroundings, community and news around the world. He envisions his responsibility as an artist is to see what others can’t see from afar. His paintings and mixed media works serve as tools that are designed to promote self-expression, create awareness, provoke dialogue, and transform society. His paintings reflect his experience in various African cultures and his main objective is to render the daily lives of people on canvas. He does so by presenting the aesthetic value of colorful scenes while telling the story of various African societies and the challenges they face.

In his own words:  “I believe in the power of images, so I use my artworks as a platform to express myself and get messages across to the viewer. I see my works as a form of community which connects people with information in an informing way. My artwork is part of me because is out of me, so it is the best representation of life.”

Be the first to review “Musah Swallah” Cancel reply