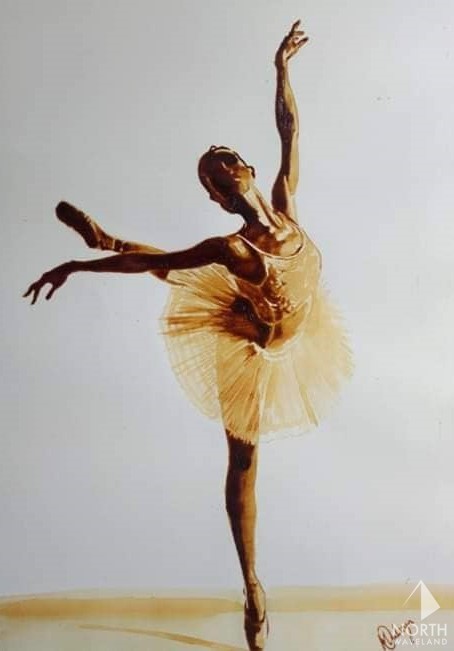 Mulenga is a Zambian artist from Ndola, the capital of the Copperbelt province. The Copperbelt is synonymous with mining but is slowly changing with the growth of other sectors such as tourism and agricultural industries.

After graduating from high school, Mulenga attempted to pursue a career in electrical engineering.  He quickly learned that this path did not fill his spirit with the love and passion as the arts did.  The self-taught artist pivoted careers and followed his heart which lead him to study art in college which ultimately led him into teaching.   Over his professional art career, Mulenga has participated in many exhibitions throughout his mother country and has been revered with many awards including the best 2-D artist of 2017 presented by the Italian Cultural Center.

Mulenga’s artistic talent was evident at an early age. As a child he loved to draw and doodle which helped him to find solace due to his introverted traits.  The quiet environments helped him to explore, interact and discover ideas that he was unable to find in the busy and crowded world around him.  As he matured as an artist, some of his influences later became the ballet, classical music, and cycling. Fascinated with the expression of human figures, he found the fluid movements and emotions to be intriguing. Many of his works are often intimate and capture an essence that’s riveting and from a personal space.

In his own words:  “I’ve found my inspiration to come from many things.  Any source that can stimulate the senses such as sight, touch, smell, taste have all been the source of my inspiration at some given time over my career.  For me, Art has been a universal language that crosses boundaries, and as an artist my role is almost that of an alchemist capable of transforming a few humble materials into objects which are imbued with spiritual and aesthetic value. Whenever I experience feelings of discomfort in my life or when I need to find an answer – I always turn to my art.  It means a everything to me!”

Be the first to review “Mulenga Mubanga” Cancel reply