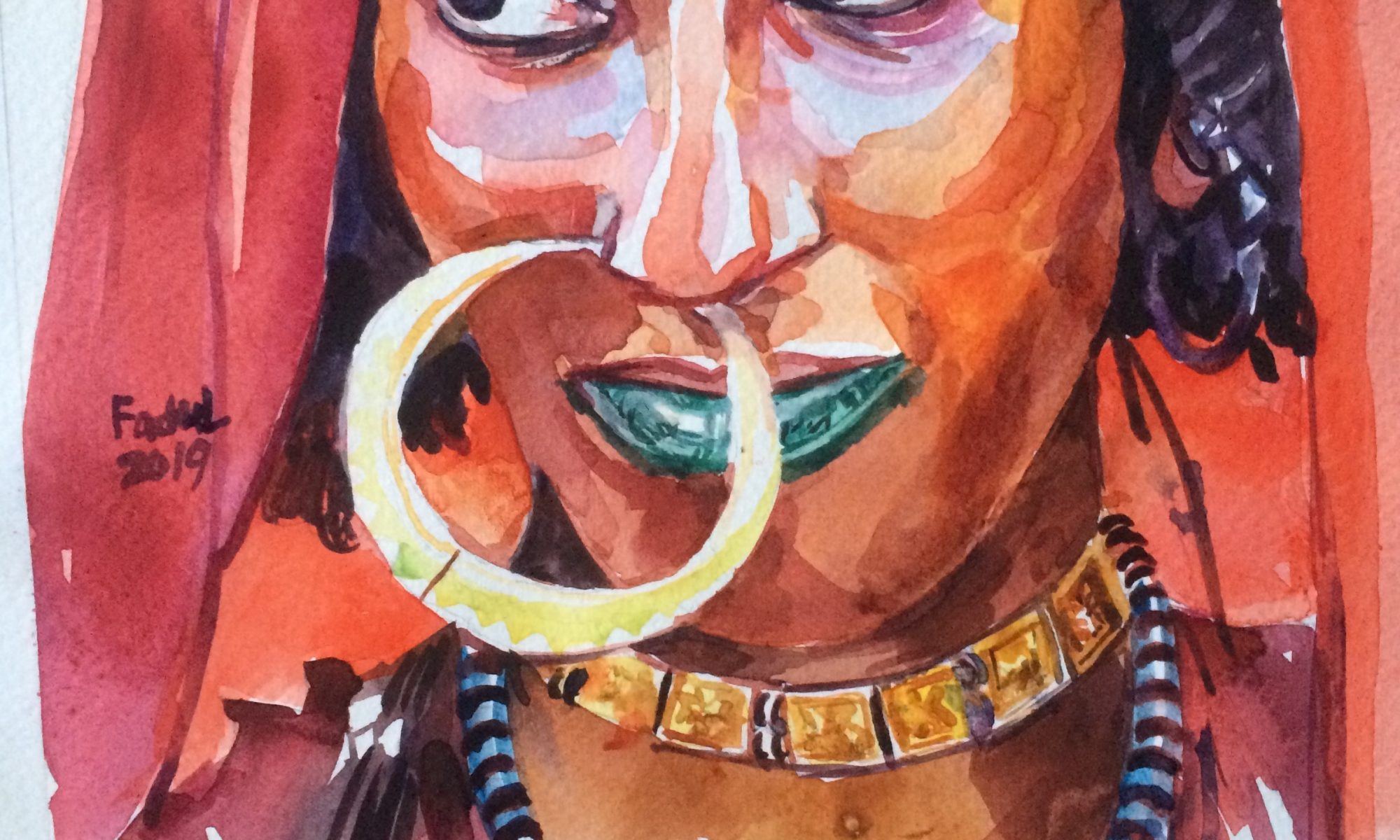 Mohammed is from Berber, Sudan located in the Northern part of the country near the junction of the Atbara and Nile River. The Berbers who are also known as Amazighs are known to be the indigenous people of Northern Africa. A nomadic group of the Afro-Asiatic ethnic segmentation with kingdoms that predates the Roman empire. Berber City was a major route for travelers crossing the Nubian desert and was one of the first Sudanese towns with a modern school system. Today, Mohammed lives and works as a full-time artist with his family in Sudan’s capital city of Khartoum which is located along the White Nile River.

Mohammed fell in love with the arts as a young child when he discovered he could draw — almost immediately he found a connection. Unbeknownst to him, his doodles would later go on to be featured in books and newspapers. His migration to painting arrived through experimentation with colors and attempts to capture the world around him. Inspired by the simple life that Sudan evoked, he captured the movements of urban and rural living which ranged from the people, objects, and daily activities in a way that felt spontaneous and realistic.

In his own words: “I try to communicate that beauty exists in the simple things in life and in each other as humans. Through the decorative forms that are exemplified in a simple and refined way, I look to create a retreat through my works for all to enjoy. As a reoccurring theme, I look to highlight and elevate the cities of Sudan and the monuments that reflect religious characters. Artistically, I hope to convey an understanding which provokes thought and fully optimizes physical, sensual, and mental strength. I hope my content and ideas continue to be renewed to varying degrees of sophistication for the enjoyment of humanity.”

Be the first to review “Mohammed Fadul” Cancel reply