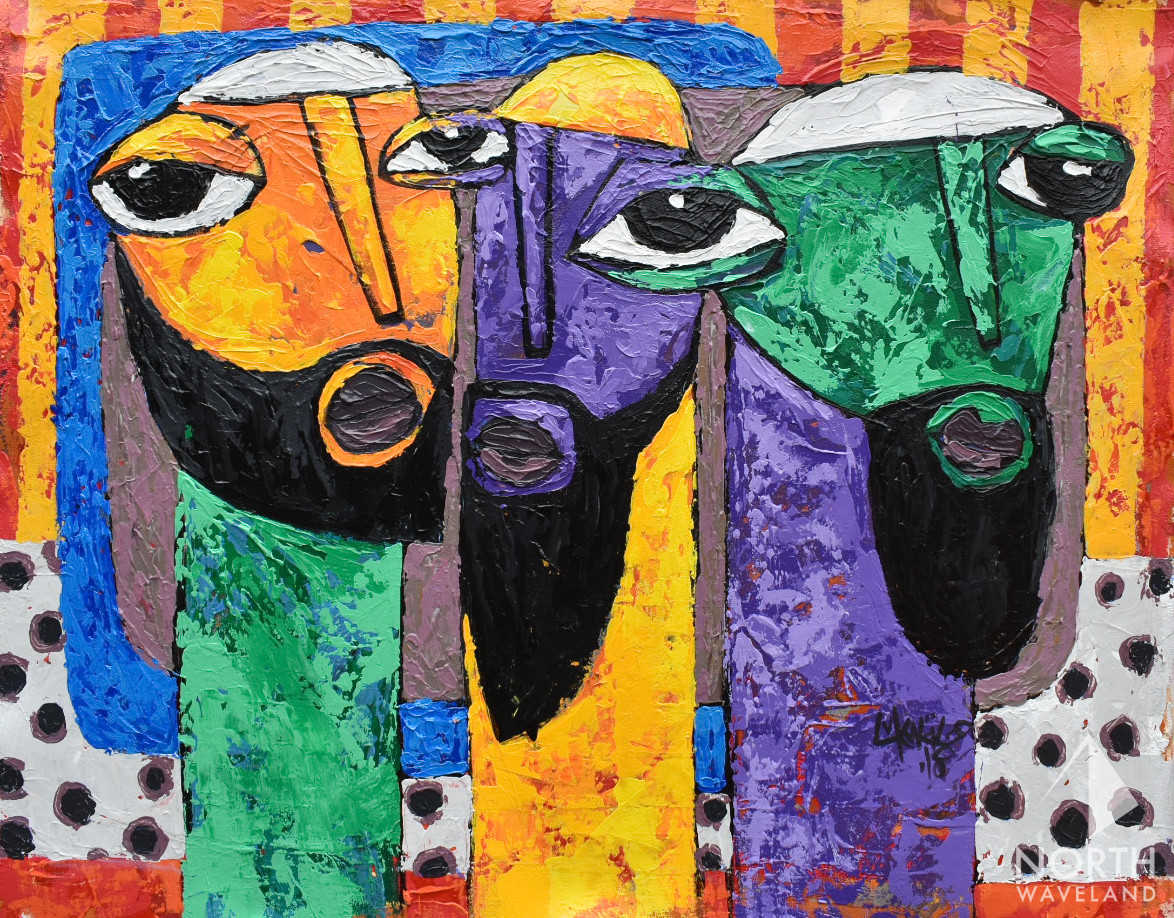 It has been said that excellence never comes by chance, it is the result of very high intentions. This statement can fairly summarize the life and art of Ugandan artist, Lukwago Saad, whose visual practice can be traced without uncertainty to his recent and distant past. Lukwago was born and raised in Central Uganda and is from the country’s largest ethnic group called, Baganda.

As a child Lukwago discovered his love for art through cartoon animation and comic strips.  While working towards his degree in art, it was the experiences gained  that made it clear that his educational pursuits would become a full-time occupation upon graduation. After years of exhibiting throughout Africa, Lukwago gave back to his community by teaching art in the local schools.  As a way to “Walk-the-Talk”, he introduced his exhibited works and those displayed in  major galleries to his students. His artistic renderings followed the same standards and practice that he would use to teach the students.  Almost immediately, this gave him high acclaim among the students and faculty.

Lukwago’s work can be found in art collections around the world.  His art is a reflection of a combination of musical rhythms – culminated during his time as a local DJ juxtaposed against his love for global music, strong comic cartoon impressions, and graffiti. Using mainly acrylics because of their fast-drying advantage, Lukwago has established his artistic character of painting in bold outlines and sharp colors in creating his ludicrously overstated caricatures of human figures.

Be the first to review “Lukwago Saad” Cancel reply