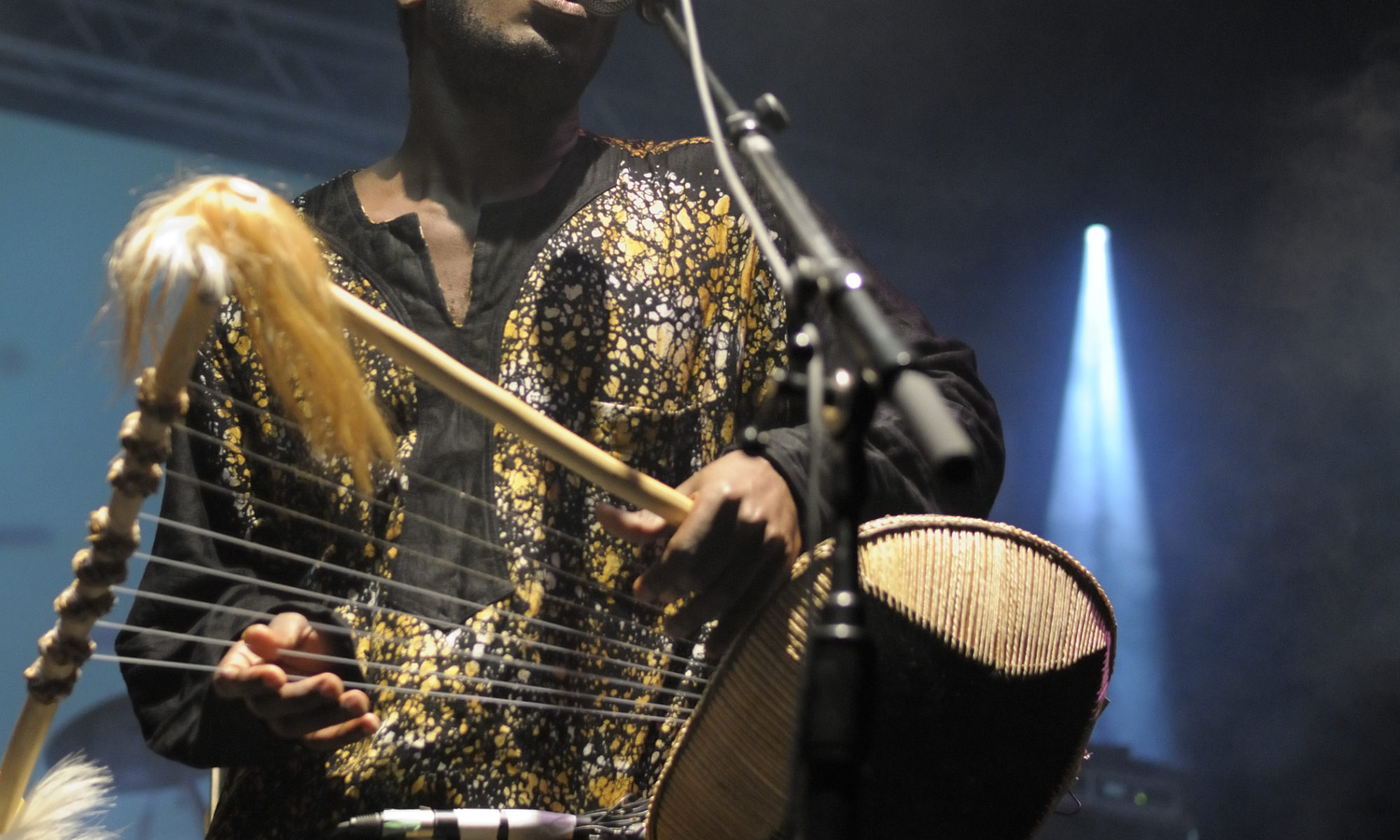 KINOBE (pronounced chi-no-bay) is a Ugandan singer/songwriter and multi-instrumentalist from the commercial capital city of Kampala.  Born along the shores of Lake Victoria and the Nile River, Kinobe developed his passion for traditional African music as a child while listening to the hypnotic drumbeats that reverberated from the Royal Palace — located just a few yards away from his home. Often throughout Uganda many visitors are amazed by the music and many instruments that can only be found here.  Upon visiting, the diversity of the landscape and culture can immediately be seen.  A regal city where over 52 languages are spoken, colorful markets with organic food, fruits can be found throughout, and a vibrant community that makes and sources almost anything imaginable locally. Academically, Uganda has been highly studied for its unique wildlife and animals including the rare mountain gorillas.

At the age of 8, Kinobe began playing music at the church where his parents sang. Over the next few years, he learned to play multiple instruments including the Kora (West African Harp), Akogo (Kalimba), Endongo (Bowed Lire), Endingidi (Tube Fiddle), Adungu (Ugandan Harp), Tama (West African Drum), Ngoni (West African Lute) and Balafon (Wooden Xylophone).  His first break as a musician came when he traveled to the Netherlands at the age of 10 with his school ensemble. By age 21, he had visited several countries in Africa, studied the Kora in Mali with Kora master, Toumani Diabaté, and performed solo and as back up for different bands throughout Europe, America, Asia and Africa.

As an artist Kinobe has garnered the ability to communicate to people of different backgrounds, political and religious affiliations.  This has aided in allowing his philanthropic and artistic work to reach audiences around the world.  He has found it to be a way to keep people connected.   Identifying with children with tragic and broken lives, Kinobe’s music and support has helped him to turn the dreams of these children into a reality which led to rewriting a new story for their lives, and building each into global citizens and community role models.

In his own words: “I’m inspired by the things I’ve seen and experienced while traveling the world and interacting with people. Through my music I look to address communities in need and allow my platform as an artist to get that message out.  I seek to communicate to the world what the mainstream news doesn’t. It has become the consensus of many that my country and Africa in general only lives in poverty and have little to offer.  This couldn’t be any further from the truth.  Africa has every resource known to man and the citizens that occupy it are well skilled. If given the opportunity to showcase their abilities and empower themselves, they can transform their communities and the people within them. My music and art in general have been a way of bridging the gap and connecting people to new opportunities, and I couldn’t be more proud of that.”

BUY THE LATEST ALBUM NOW: THE VOICE WITHIN >>> HERE

Be the first to review “Kinobe” Cancel reply