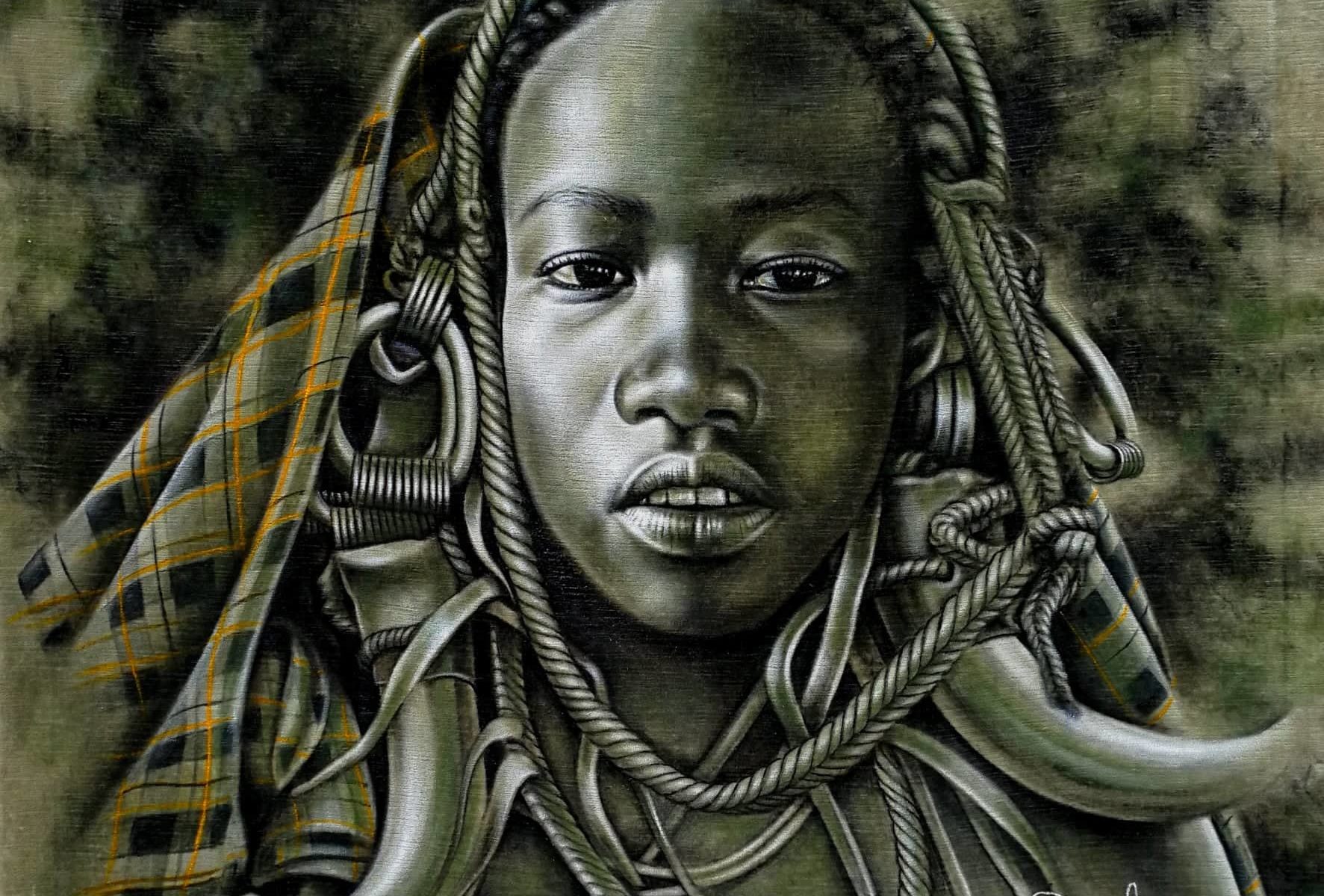 Guizef is from the coastal fishing village of Ambriz in the Bengo province of Angola.  This area also holds historical significance as the location where the first dinosaur fossil was discovered in Angola. Growing up, Guizef lived between Angola and the Democratic Republic of Congo’s capital and largest city Kinshasa. Kinshasa was once known as Léopoldville named in the honor of King Leopold II whose atrocities devastated the Congolese people — under his rule nearly 20 Million people were killed or were mutilated in his pursuit of the country’s natural resources.

Guizef found his artistic influences to be in Kinshasa, and were manifested through the pulse of the city.  While living in Angola, he found that it was the people and tribes like the Himba and Mumuilas among others that provided inspiration to shape his works.

In his own words: “It’s the natural beauty that rural African women posses that creates a sense of obligation to the ancestors as they have left a legacy and footprint that is necessary to be uplifted and celebrated.”