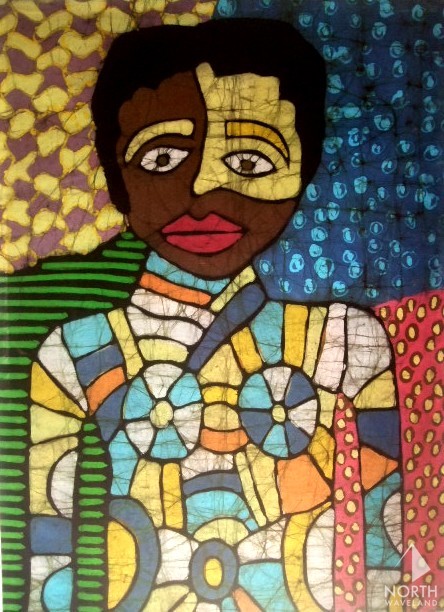 Ellis was born in the commercial and industrial capital Blantyre, Malawi.  The city is the country’s largest urban area and one of the oldest in Africa. With origins tied to Scotland- including the city’s namesake; Blantyre, Scotland.  Today the city is a bustling metropolis of business and tourism, filled with historical buildings and monuments.

Being one of six children and a twin, Ellis found solace in art as an escape to the busy household and the loss of his father. Today, he is revered as one of Malawi’s best artists. The artistry is deeply rooted in the Singano household.  Ellis’ father was a well-known artist, who unfortunately, passed away when Ellis was only eighteen years old.  Prior to his father’s death, Ellis took to art around the age of thirteen.  Initially, it wasn’t encouraged by his father due to the level of commitment it required which his father thought would interfere with his studies.

While Ellis’ father was in the hospital, in effort to help Ellis cope with the potential loss of his father he began finishing his father’s unfinished works.  Upon his father’s death, Ellis looked to step into his father’s shoes and began creating and exhibiting around Malawi and then throughout Africa.

His works are created through the spirit of his father and inspired by his favorite artists Pablo Picasso and Henri Matisse. In addition to creating his own works, Ellis finds joy in teaching.  Currently, he teaches at an elementary school for the deaf as well as Blantyre’s school for orphans.

Be the first to review “Ellis Singano” Cancel reply