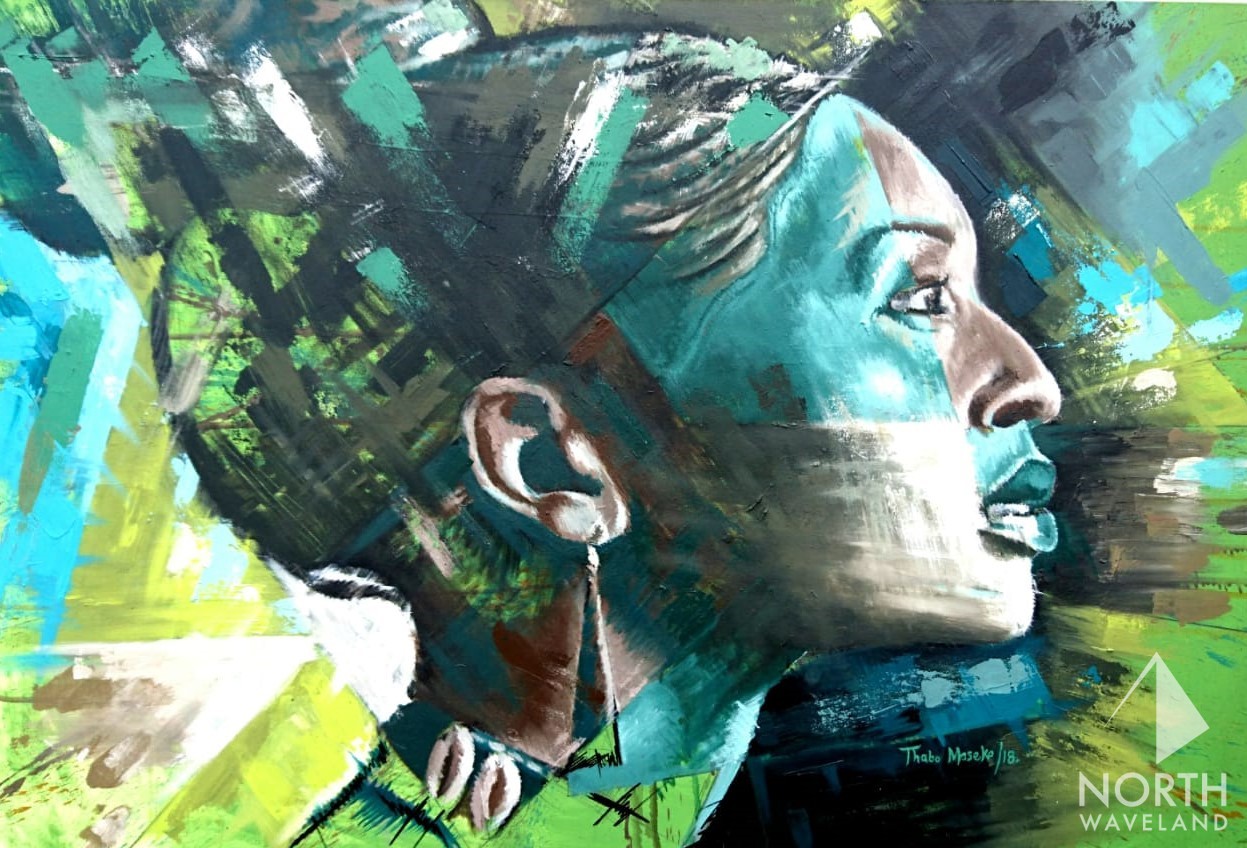 Thabo was born in the township of Vosloorus located in South Africa. Established when Black Africans were removed because it was considered by the government to be too close to white towns.   Currently he resides in the township of Daveyton-Benoni, South Africa an area known as the first black township that supplied electricity to blacks in 1983.  In this region was also notably recognized for South Africa’s gold rush. Today this area is home to many notable artists, athletes, businessmen, politicians, and celebrities including – movie icon and model Charlize Theron.

Although he was attracted to art, it wasn’t until high school when he began to seriously study visual arts and design.  Once he was introduced to works that were beyond his own, he never looked away.  While studying Graphic Design in college, he discovered 3D cubism which later became his signature style.

In his own words:   “I always look to evolve my craft.  Inspired by my late father, I look to take the life lessons he shared with me since I was a child and apply them to my works. He taught me to that everyone deserves to be respected.  As a result of my conversations with my father, my style communicates racial equality from the standpoint that everyone can relate everyone’s life story in one way or another.  I look to touch lives, motivate, grow, and assist emerging artists to help them discover and grow their talents.”

Be the first to review “Thabo Maseko” Cancel reply