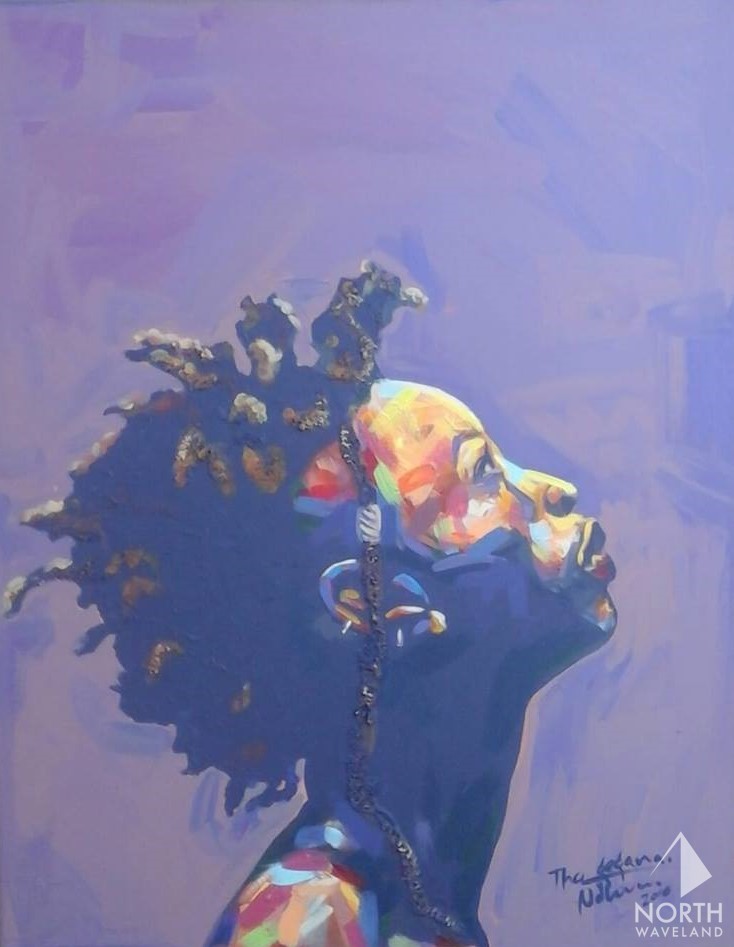 Thandazani was born in the city of Bulawayo located in Zimbabwe. Known to many as the gateway to Matobo National Park, but within the township of Nkulumane it was known for other reasons.  Branded as the “City of Kings” due to the number of Kingdoms in the region — including a close proximity to the Zulu Kingdom where King Shaka Zulu’s prowess reigned supreme. Today the city stands tall with monuments that reflect its royal past and ruins that date back as early as the 15th century.

The self-taught figurative and impressionist artist’s career almost didn’t get off the ground.  Spirited by a passion for the arts that began while in elementary school where he would draw caricatures of his teachers and classmates.  He went from this joyous experience to working in a shoe factory where he worked for almost 5 years before deciding to follow his dreams. He received his first big break after creating a series that featured the dying cultures of Africa. The works were revered by many, mostly due to the light it shined on African culture and traditions. It acted as a reminder to the elite and those that worked in places like the factory where he worked, that we all are bonded by the same African roots.

After several well received series, Thandazani began exhibiting, showcased at art festivals, and featured in galleries throughout Africa.  This led to several commissioned works, one of which sits in the National Gallery of Zimbabwe. The full-time artist also finds time to give back to his community through his support of local orphanages and fundraising initiatives. He wishes to create awareness of social issues and making a difference for disadvantaged children all over the world.  Today, his works are in gallery collections and art networks throughout the world.

In his own words: “To provide for my family I designed shoes.  The visual arts was my first love, and I felt torn not being able to give 100% and dividing my time between both places.  I took a chance on my passion and it worked out for the better.  I’m inspired by the role my mother played in my life and the role women have in the township and around the world.  Through my art I look to bequeath knowledge from the elders which has been passed down to my observers with the hopes of keeping African culture alive. I see it as a form of education and empowers a sense of hope.”