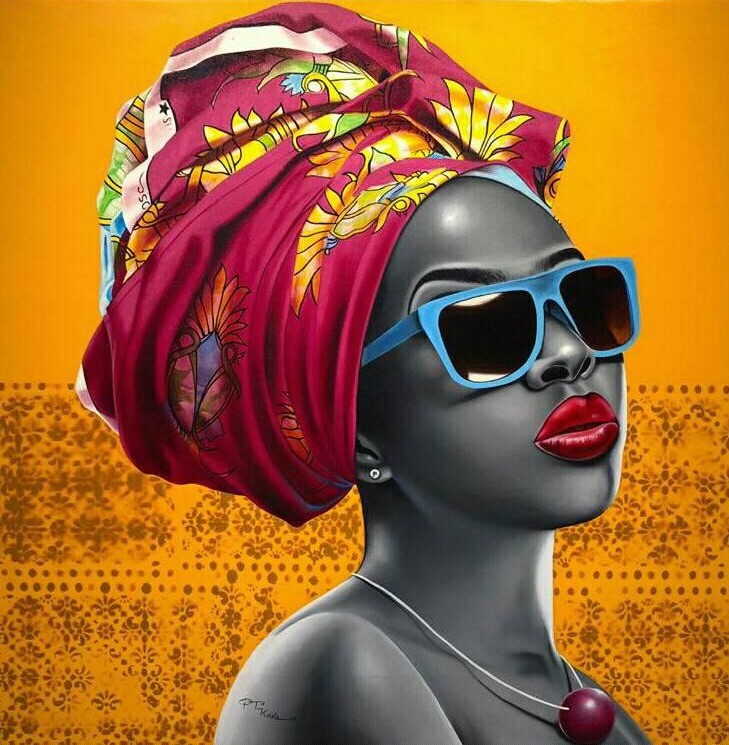 Peter was born in Matadi the sea port city located in the Democratic Republic of Congo.  Once a popular trade route for the French and Portuguese to Africa.  The city and country has emerged from civil wars that once occupied the region. The area is now finding a new identity as a popular destination for adventure and opportunity.

The full-time studio artist holds degrees in Fine Arts and certificates in the specialty arts discipline.  Inspired by the woman of Africa and biomechanics – specifically the laws of movement.  Peter incorporates an artistic style that is awakened by the conscience of man and reminded by the responsibility to inform and educate by divine order; which has been placed within him and shared through his works.

Peter scrutinizes isolated environments adopted by his subjects and adorned in cultural motifs or nude. The themes of his works represent the past, present, and future of man’s impact in various environments.  The sensuality he portrays is a paradox of man’s beauty and the impact that exist between him and various kinds of environments – much of which is implicit of the human condition.

In his own words: “Artistic expression allowed me to regain my autonomy. When I’m working in my studio, I strive to produce works that represent freedom.  As an artist I try to focus on subjects that reflect mankind and its relationship with society.”