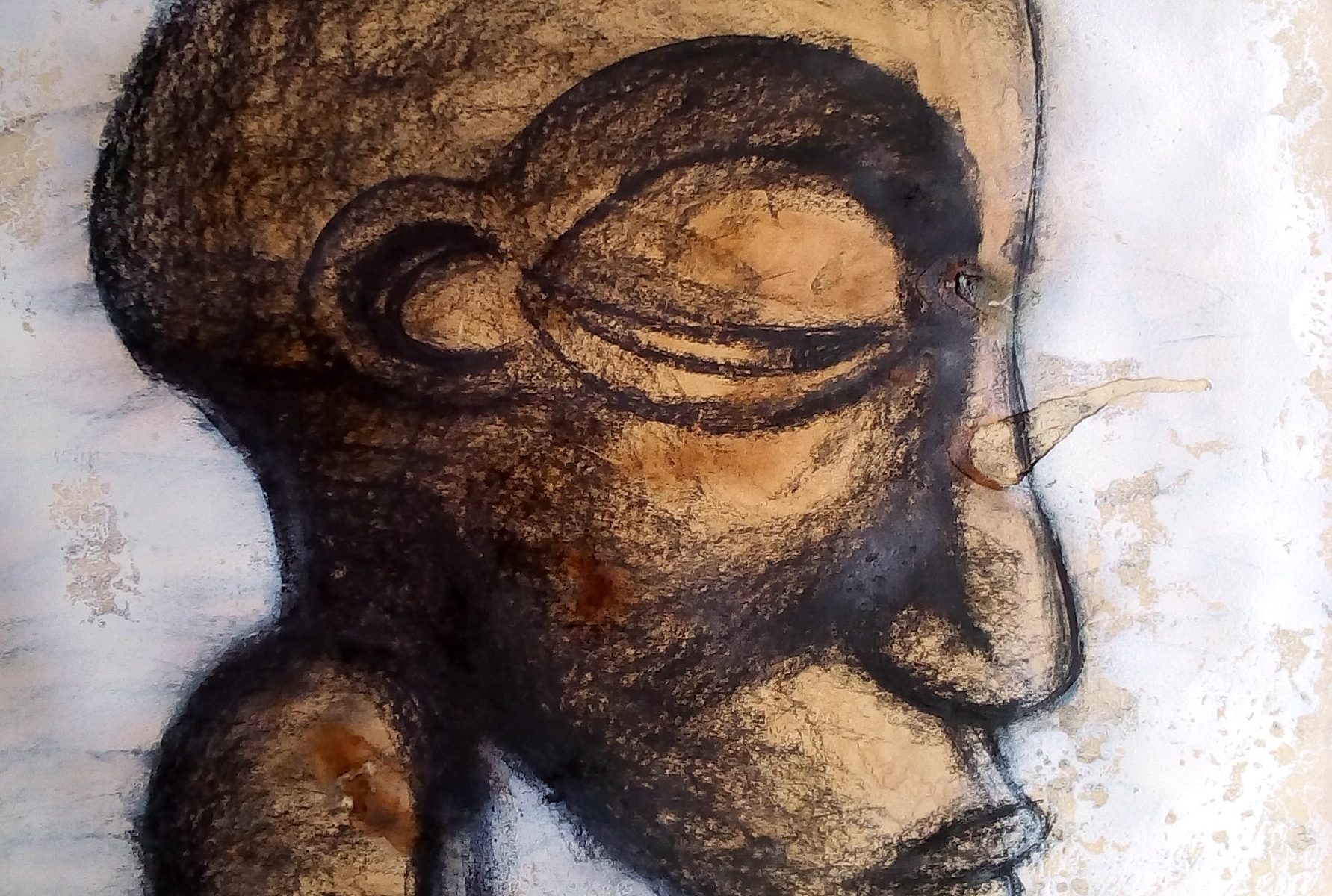 Muyiwa is a native of Ondo City located in the Ondo State of Nigeria. Throughout his youth he grew up in Osogbo, a city known for its artistic candor.  Many historians attribute the artistic movements here to German Jewish writer and scholar Ulli Beier and his wife Susanne Wenger, an Austrian artist who nurtured a generation of Nigerians to develop their crafts during the 1960s and beyond.  With a focus on Yoruba culture, the world-famous artist looked to preserve and promote the values and traditions of her adopted home, Osogbo.  Through her commitment, she helped to open the Osogbo Art School and played a part in many artist cooperatives & exhibitions to elevate the arts throughout the country.   Among the artists who attended the school included Chief Muraina Oyelami, Twins Seven Seven, and even Susanne Wenger herself. A pioneer in multiple disciplines like the visual arts, poetry, and performing arts which she helped to refine. Because of her accomplishments she later became an Obatala priestess and adopted a Yoruba name – Adunni Olosa.

In the early 1980s Muyiwa was introduced to the arts. Moved by the work of Ulli and Susanne, his artistic curiosity was ignited and fanned into a flame.  Having formally studied art in college, it was the countless hours he spent exploring and observing that helped to elevate his storytelling skills and broaden his horizons which ultimately became key drivers in his work.  Always determined to practice his art, he saw art as a tool and gift that had the ability to amplify voices and bring a focus to things that often became disregarded.  An artist that’s not shy about addressing what some would consider sensitive topics. He looks to address the things in reality that is sometimes ignored.

In his own words: “As an artist, I am concerned with the human condition and the workings of the supernatural. My responsibility as an artist is to mirror the society in which I live and those that influence life around me.  I trust that good will prevail over evil.  I just hope that progress can be attained by each of us looking at ourselves and committing to be better.  My works are represented as a mirror of that ideology.”

Be the first to review “Muyiwa Akinwolere” Cancel reply