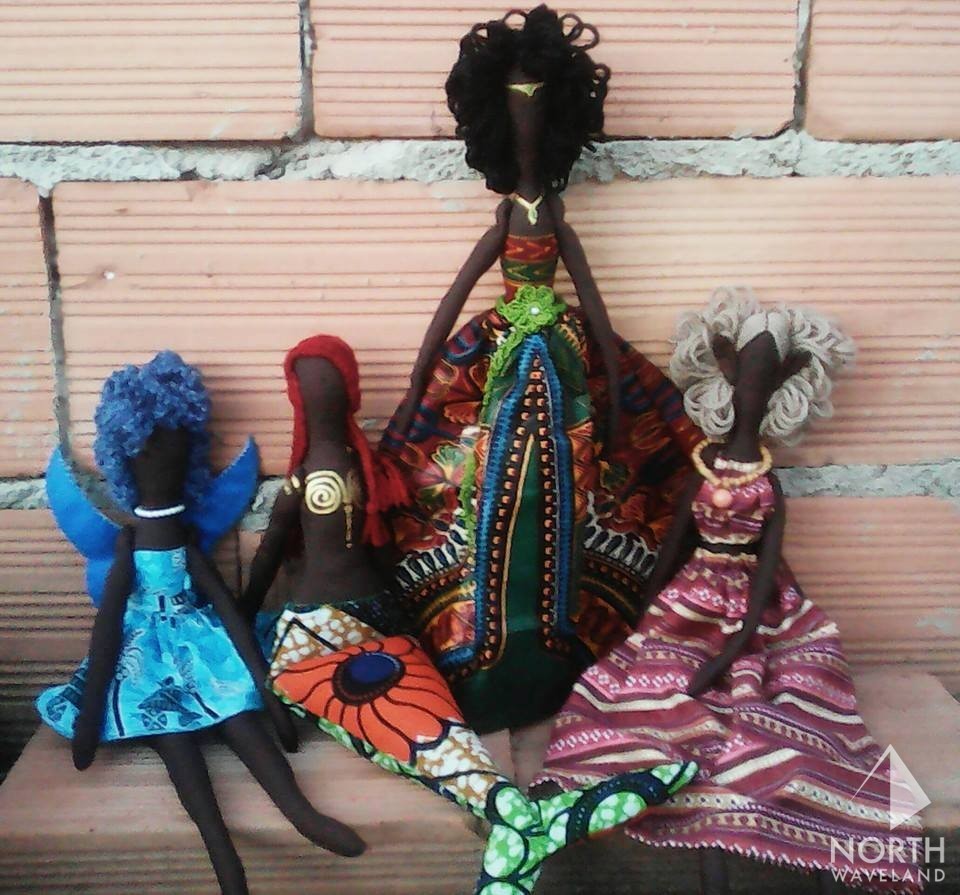 Maria is from the city of Santiago located on the West African island of Cape Verde — or Cabo Verde as the locals refer to it. Santiago is the largest city on the island, and is recognized for its pristine beaches and Creole Portuguese-African culture.  Many Cape Verdeans find life here to be simple and laid-back, while visitors return for the kind hospitality, food, and diverse culture.

Growing up under the tutelage of her grandfather – Tiago Estrela who famously created the first school for painting as a field of study in Cape Verde, Maria also learned crafts as an art form through her mother who was an artist as well and her grandmother who was a teacher by trade.  What started out as a classroom assignment for an elementary school project later became an occupation that provided more than just an economic means but a labor of love.  As a mother herself to a 9-year-old daughter, the nearly instinctual skill-set will almost be guaranteed to be passed down to her daughter and beyond.

As a mother traveling between the continents of South America and Africa Maria found that her art and passion for the arts became more of a necessity than a pastime. While shopping for her daughter she noticed that she could only find dolls that seemingly were in the likeness of every other culture except her own. This moment became a movement and an agent of change which she embodies in her work today.

In her own words: “One of my strongest attributes is the ability to adjust to life’s changes and still have the will power to push forward. I channel this energy in my work which is backed by the inspiration of my children.  The art is more than just an economic means but a matter of importance. I find it to be of high priority that black children have a form that they can identify with in society that reflects who they are and the culture they represent. This leads to empowerment which begets leaders.  As an artist, it is my responsibility to arouse the belief system that shapes a more prosperous and inclusive reality. Just like my grandfather, grandmother and mother, and all those before me that tried to make the world a better place, it’s my responsibility to do the same. My dolls help me to pay it forward.”

Be the first to review “Maria Estrela” Cancel reply