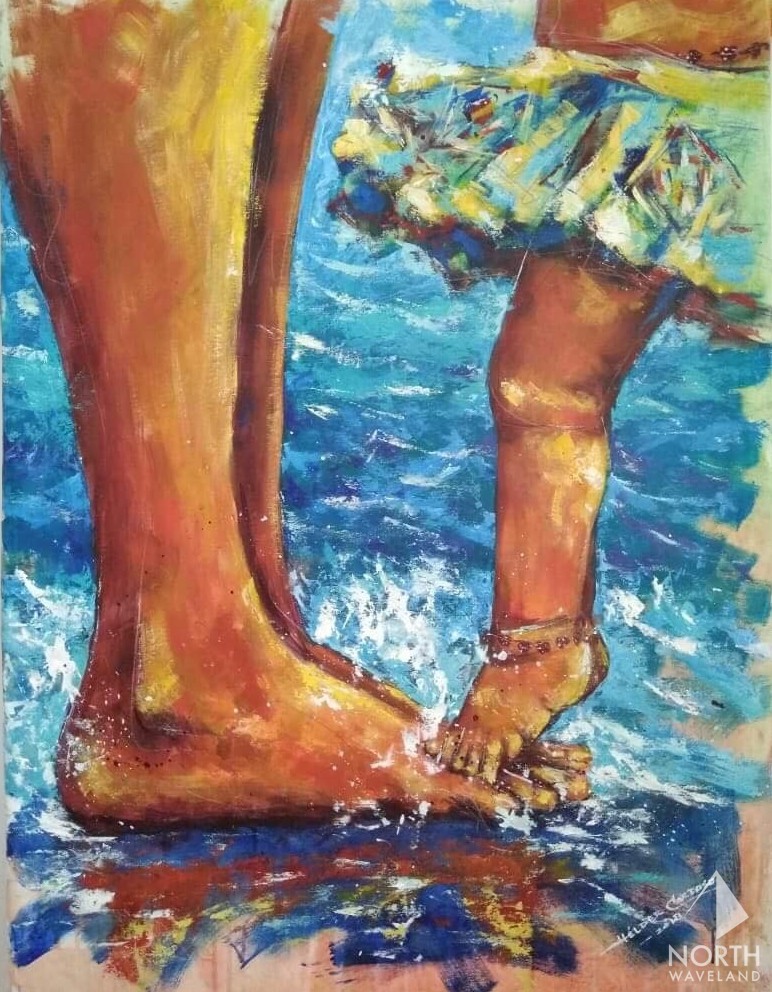 Helder is from the city of Santa Cruz located on the island of Santiago which is the largest island of the West African archipelago Cape Verde.  Nestled just west of Senegal, the island may be geographically small (just slightly larger than Rhode Island) but offers much to visitors due to the humbleness of its residents and scenic landscapes.  Recognized for being one of the most diverse islands of Cape Verde, Santiago is aligned with volcanic mountain ranges, picturesque beaches, banana & manioc (yam) farms, and the UNESCO World Heritage Site Cidade Velha which is a settlement that was founded in 1462. Since its inception the island has been the center of the Creole culture.

Helder’s works reflect the Cape Verdean people and daily life interactions.  Often using children at the center of focus, he looks to convey the simplicity, purity, and joy that live within them. This representation of innocence varies in form and purpose. Helder hopes that observers of his works become free of restrain and the joy that’s represented in his paintings become contagious and received by the viewer.

In his own words: “My country is full of life. The movement of the people from the simplest expressions to the dynamic encounters — I find simplicity in these moments that I draw inspiration from for my creations.  Often I use children in my paintings to convey the contagious joy that is missing today in our world.”

Be the first to review “Helder Cardoso” Cancel reply