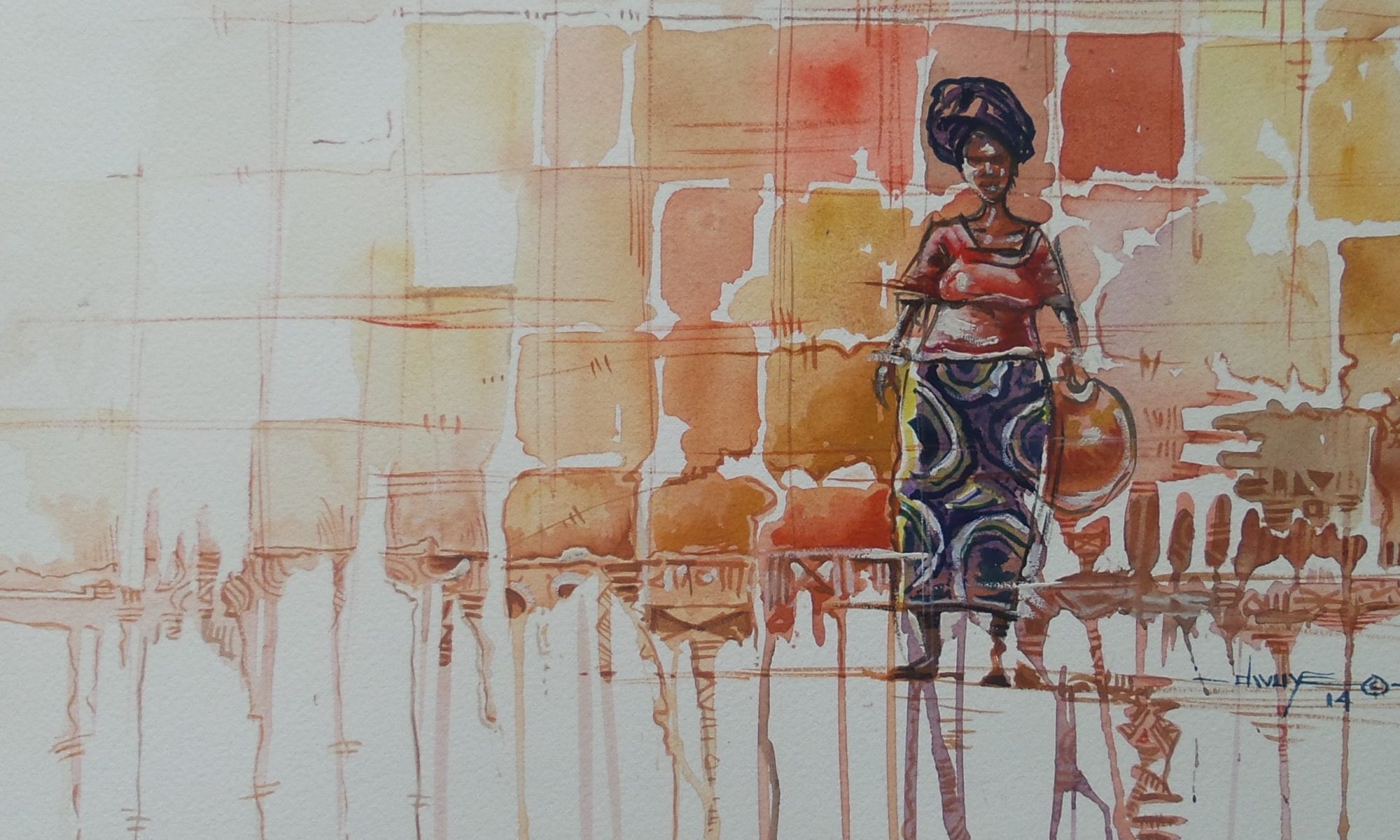 Frank is from the capital city Monrovia, Liberia. An area that’s more than just beautiful beaches and great food, but a city rich in history.  Founded by free US blacks in 1822, the city is a treasure trove of shared history between the US and Africa. Growing up, he would vacation in the city of Grand Gedeh, Liberia — an area known for its rain forests and wildlife like elephants and leopards. Both of these locations had a significant impact on him, and became the cornerstone of his works.

His inspiration can be pinpointed to the times he visited his grandmother’s house as a child.  The home was filled with art and mural work, but it was the drawings she kept that captivated him.  It was around the age of fifteen when he was encouraged by other artists to create works of his own and to consider joining the Liberian Painter Association (LPA) if he wanted to further his craft.  The organization provided training and exhibitions for Frank to participate in.  Ultimately, this helped him to find the confidence he needed to stand out on his own as a full-time artist.

Frank sees art as a representation of culture and values.  As a self-taught artist, he constantly looked for inspiration and ways to express himself. His mother helped him to achieve both of these goals. As his muse, he created a self-portrait of his Mother, and this has been his most revered work to date. It represented his first attempt at self-portraits and was the foundation in which his career was built.  Sadly, the portrait was lost during Liberia’s Civil War which lasted from 1989-1997 then started again in 1999.

In his own words: “My art means everything to me.  I breathe it, I live it, and I sleep it. Art surrounds me and I love it! Just like the portrait of my mom, my art seems to bring people happiness, and I look to continue to create joyful experiences for as long as I can.”

Be the first to review “Frank Dwuye” Cancel reply