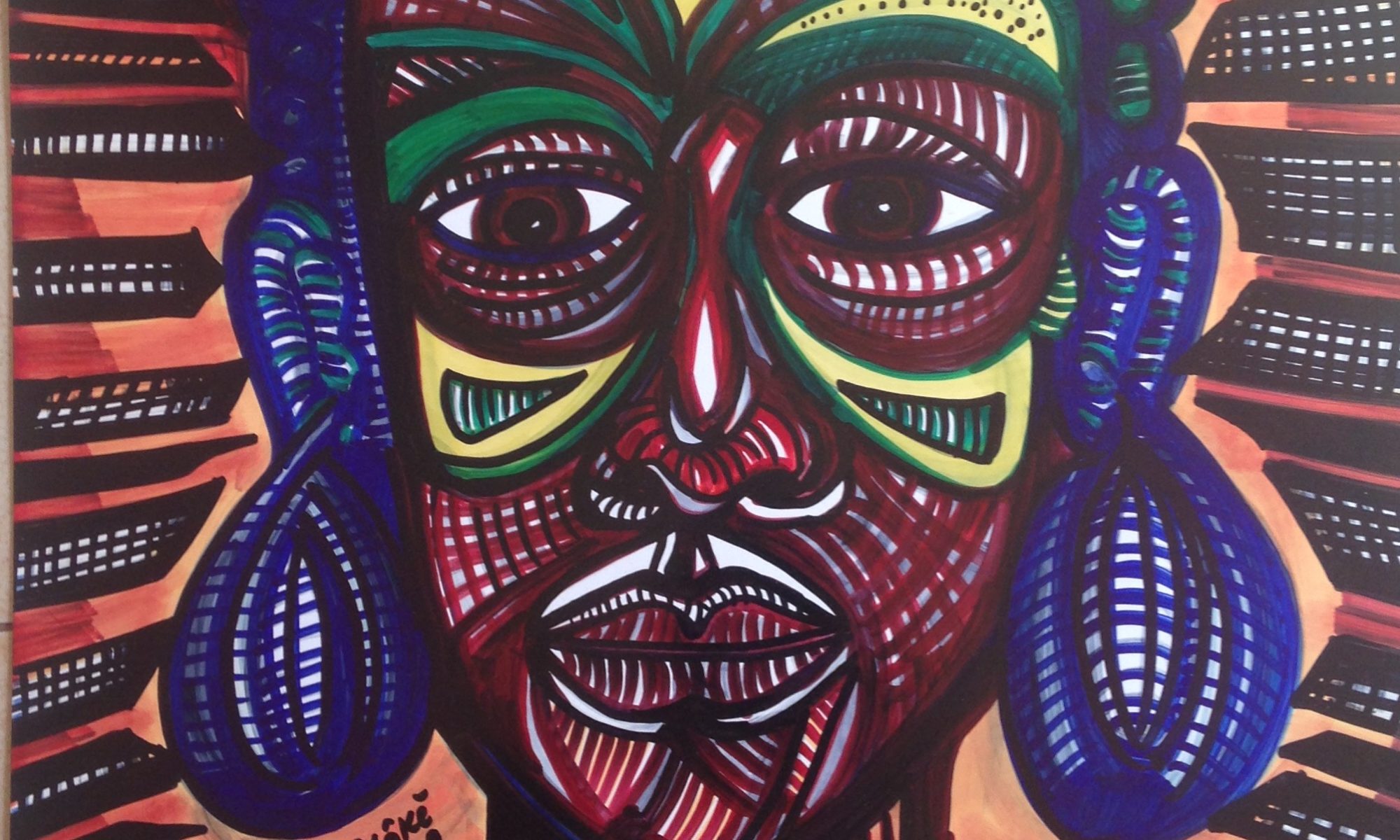 Boubacar is from the capital city of Bamako located in Mali.   A city revered for its botanical gardens and artisan community is the largest in the country and continues to grow due to migration from drought-stricken areas.  Globally recognized as being one of the safest places in Africa, Mali is home to more than 20 ethnic groups that have lived in harmony for centuries.  Boubacar is from the Bambara ethnic group, whose spoken tongue is the official language of Mali.  The once colonized country by the French is a mix of local traditions and international flair.  Today you can still find mud brick architecture alongside contemporary structures.

Inspired by human interactions in society, he looks to create positive messages that highlight the beauty of kinship, Mali, Mother Africa, and the world.  Having exhibited and completed residencies around the world, Boubacar uses his travels to learn more about other cultures and meld his ancestral experiences in his homeland to identify the similarities that we all share as humans, regardless if we are a man or a woman or the lands where we were born and died. Nature plays a part in this paradigm as well, as the relationship we share with the environment is found to be spiritual and supernatural.

Boubacar’s artistic technique reflects a signature style of drawings made with markers that are laid to paper then superimposed to form figures – some resembling masks, which are presented in a way that appears to be the embodiment of traditions and virtue.  The self-taught artist is a graduate of the Conservatory of Arts and Multimedia De Bamako where he studied Multimedia Art.  Post college he later became a professor of visual art and held positions in the private sector as a graphic design professional. Today he manages his own gallery named the Atelier Art Gallery and devotes himself to his passion as a full-time artist and community art activist. An inspirational leader for all, Boubacar openly shares his dreams with young artists with the hopes that they will find the joy and happiness in their own careers as he has.

In his own words: “I look to explore themes constructed through pictorials.  Each work is a representation of movements depicted in life.  Many of us in the world are wrapped up in a daily routine where we are trying to escape the miseries and perils of life.  Through my works, I look to bring out the joy that is within us.  Sometimes I see life as a mask that we are trying to grow into. Through the transformation of grace, we can all escape conflict and disappear, and work towards happiness – which is the theme at the center of my life and art.”