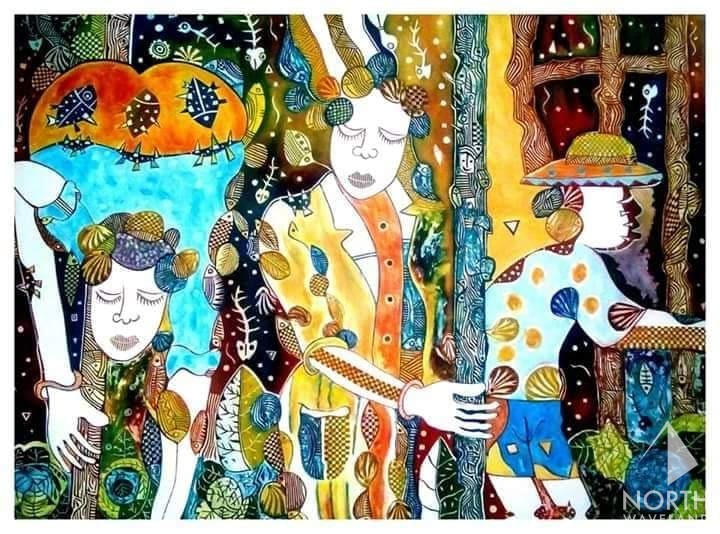 Zacharia began his artistic journey in the city of Bulawayo, Zimbabwe.  Grand avenues and remarkable architecture are just a few things that make Bulawayo spectacular. Founded by the Ndebele King – Lobengula Khumalo whose name translates to “the men with long shields” which references the Ndebele warriors who used the Zulu shield and spear.  The kingdom fell during war times and the invasion lead by the British South Africa Company, which also led to the destruction of the city of Bulawayo and colonization.  Today, the city is revered for being the first British territory and Africa to have a working light switch, which was installed in 1897. Additionally, it’s famous for its proximity to Matobo National Park.

While studying in Bulawayo, Zacharia learned visual arts, dance, theater and drama.  This parlayed into several opportunities in the arts which included teaching visual arts and drama to children with special needs.  In between school and working with children, Zacharia toured much of Africa exhibiting his works. Specializing in paintings and collagraphy art, Zacharia has been a well sought-after artist by many galleries. One of many highlights over Zacharia’s career has been the commissioned work to create calligraphy prints for the rooms of the Kingdom Hotel in Victoria Falls. This became a highlight for multiple reasons, one it was a great honor to partner with such a great brand and the other because he was asked to paint more due to the hotel guests were removing the works for themselves from the hotel walls. This moment gave him great pride, mostly because people cared that much about his works.

Zacharia is also deeply rooted in his philanthropy work.  He has teamed up and proudly supports Doctors without Borders.  Together, the funds raised from selling his artwork has gone towards medical treatment for those with early stage symptoms of AIDS.

In his own words:  “I would often travel north to Victoria Falls on the overnight train.  When I arrived, many times it was because I was there to deliver my works that were purchased by the lodges, hotels, and curio shops in town.  Memories like crossing the Zambezi River bridge on foot to Livingstone, Zambia always stand out in my mind.  The three-hour walk kept me emotionally full and inspired my future works.  Along the route I would see tourists and locals enjoying the outdoors and participating in extreme sports like bungie jumping with breathtaking views of the Zambezi River waterfall in the background — made each jump picturesque.  Old buildings align the streets all with their own personality, just felt special to me. Zambia was my grandmother’s home country and the local tongue made me feel as if I was with her in her living room. I often visited other areas mostly by foot, boat or bus.  Each experience and destination always felt different than the last.  I found a peace in my travels which I’ve tried to capture each moment in time in each piece that I create.”

Be the first to review “Zacharia Mukwira” Cancel reply