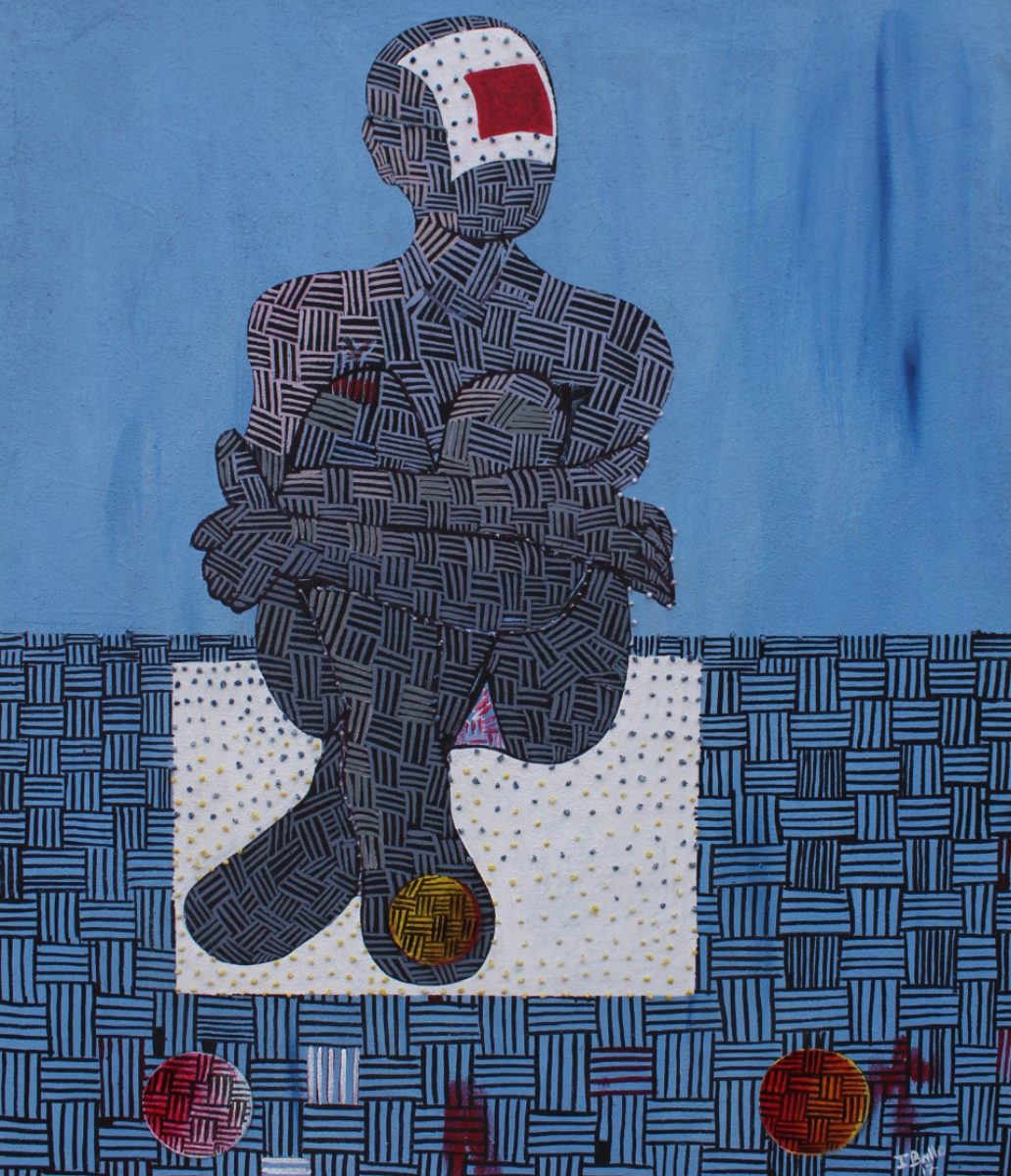 Ibrahim is from the capital city of Bamako, Mali. Known to locals as the “crocodile river”, Bamako is one of the fastest growing cities in the world.  Located off the Niger River, the city has historical significance as a key trade route of gold, ivory, cotton, and salt to Europe during the 11th century. Equal to the city’s long history, it is also rich in cultural diversity, architecture, and notable institutions.

Inspired by his environment and society, Ibrahim seeks to look past the negativity, violence, and oppression that seem to heavily occupy his community.   In his pursuit of happiness, he looks for peace that can be transferred to his works with the hopes that it will inspire others, and raise awareness that encourages others to live in peace.

At a young age, he observed most of the girls in his community were artists.  Intrigued by their drawings, he knew when he was of age it would be something that he would want to pursue. Shortly after his first artistic encounter, Ibrahim took up art in elementary school.  His passion propelled him forward throughout college, where he obtained his bachelor’s degree from the National Institute of Arts in Mali and his master’s degree from the Multimedia Arts and Crafts Conservatory of Mali.

Ibrahim is a fixture in his community and within the art world.  He has received great acclaim where he has exhibited including notable events such as The International Meeting of Photographers and Mali’s most recognized contemporary art fair – Segou’Arts. Additionally, Ibrahim has reoccurring Africa residencies in Burkina Faso, Congo, and Senegal, as well as ongoing exhibitions in Paris, France.

In his own words: “My arts is a means to create awareness. Inspired by international and local artists both past and present, I look to use my arts a teaching tool to educate about being sensitive to environments and living in harmony.”

Be the first to review “Ibrahim Ballo” Cancel reply